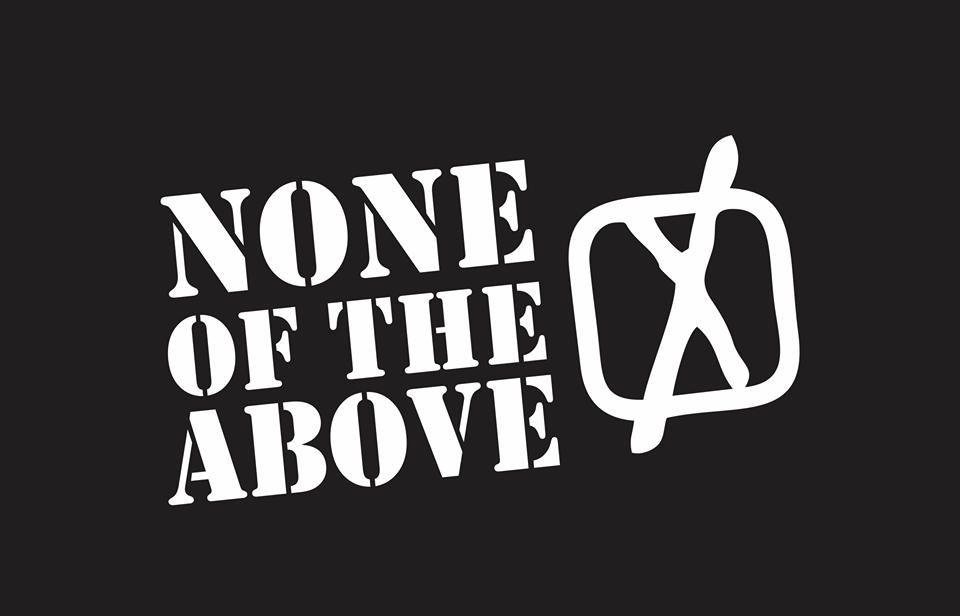 Ontarians casting their votes in eight ridings will see something new on their ballots this Thursday: a new political party called None of the Above.

Canada's None of the Above party, or NOTA, was co-founded by Bob Lewis and Greg Vezina. Lewis attempted to run in the 2011 Ontario provincial election as a NOTA candidate, but was unable to get on the ballot. This year, Vezina was able to register None of the Above as a political party for the first time.

Similar None of the Above parties have run in the United Kingdom, Spain, India and Serbia. More than six million people voted for none of the above in the 2014 Indian general election, garnering 1.1 per cent of the vote. And Serbia’s NOTA party won 22,905 votes and one seat in Serbian parliament in 2012.

Vezina ran as a candidate for both the Green Party and Progressive Conservatives in provincial elections in the 1980s, but eventually left both. He says NOTA is a new political party, formed out of a sense of disillusionment with existing parties. The party is advocating for term-limits, citizen-initiated referendums, and legislation for recall elections in Ontario.

Voter engagement has also declined steadily in the province. According to Elections Ontario, 52.1 per cent of eligible voters turned out in 2007, and only 48.2 per cent voted in 2011. Advance polling numbers for this election are also down, with 9 per cent fewer voters turning out than in 2011.

Meanwhile, an Ipsos Reid poll commissioned for CTV News showed 4 per cent of voters would not vote for any of the three major parties, while another poll showed 47 per cent of viewers felt no party leader distinguished themselves during the June 3 debate.

Amid all this, Vezina says the encouragement the party has received in recent weeks came as a surprise.

"I've been involved in politics a very long time,” he told CTVNews.ca. “And I am shocked at the result."

Though the party is only running in eight ridings in southern Ontario, Vezina said he's received requests for party signs from all over Ontario. "From Ottawa to Thunder Bay, to Windsor, they all want signs, and they don't care that we don't have candidates there," he said.

The following are the eight ridings in which NOTA is running in Thursday’s election:

Three of the candidates are members of Vezina's immediate family. Vezina said this is because of the short notice on which the party was organized.

Outside of Vezina’s family and party co-founder Lewis, Vezina said the remaining candidates contacted the party of their own initiative.

"They're just ordinary people that were fed up," Vezina explained.

Vezina is optimistic about the future, but admits that the party still has a way to go before it receives any serious consideration. "We don't get invited to the debates. We don't even get told about them."