No new coronavirus cases under investigation in Ontario 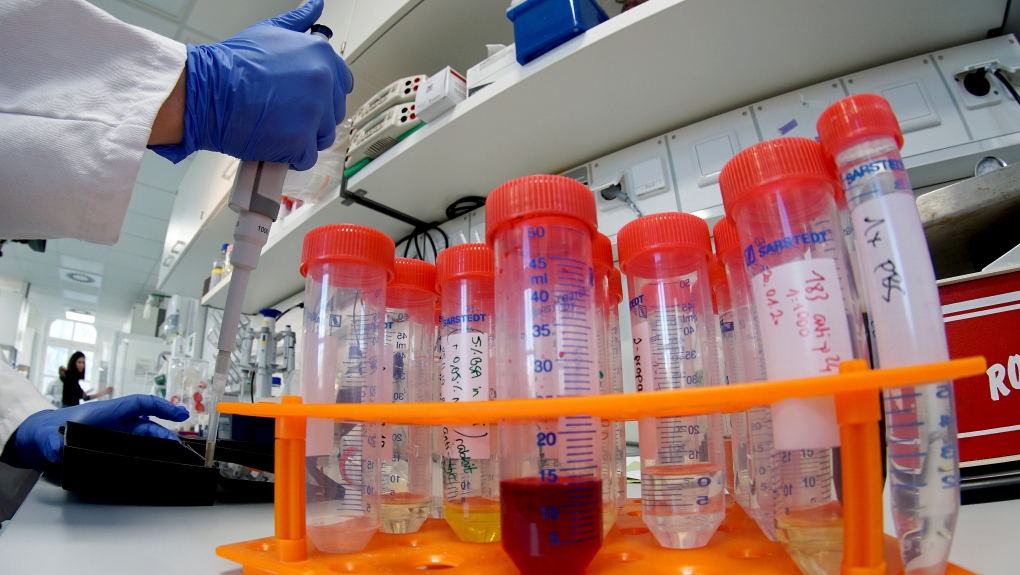 A lab assistant works on samples after an AP interview with Christian Drosten, director of the institute for virology of Berlin's Charite hospital on his researches on the coronavirus in Berlin, Germany, Tuesday, Jan. 21, 2020. (AP Photo/Michael Sohn)

A daily update from the provincial government showed that 421 people have been tested over the past several weeks, and nearly all were negative for the virus, called COVID-19.

Dr. David Williams said samples from roughly 20 people are still being submitted to public health for testing each day, but test results are available much quicker.

"Our lab has moved up on the technology," he said. "Before, remember, it used to take 24 to 36 hours. That backlog is moving away because we can turn them around in six hours."

Williams said the number of people under investigation for the virus did start to ease 14 days after China quarantined some cities, including the city of Wuhan where the outbreak originated. Two weeks is the maximum incubation period for the virus.

Three people in Ontario, who had recently travelled to the affected area in China, have tested positive for the virus. At least one of the cases has since completely recovered, with tests showing she no longer has the virus in her system.

The other two people -- a husband and wife -- are doing well, but have not yet been cleared by having two completely negative tests 24 hours apart, Williams said.

"The testing is very sensitive, so any remaining bits of RNA (genetic material) that are left will still give you a slight positive, so it's probably very cautious, but that's what we want to do," he said.

There have been eight confirmed cases in Canada, including five in British Columbia.