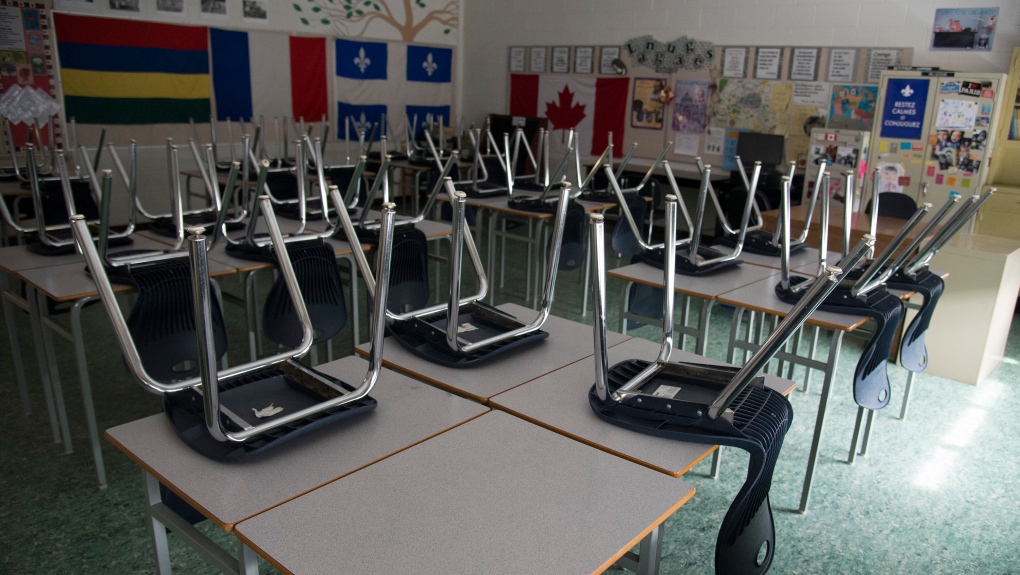 TORONTO -- Thousands of education workers in Niagara Region will be able to roll up their sleeves and receive a COVID-19 vaccine starting this weekend.

The widespread vaccination of education workers wasn’t supposed to begin until the province began prioritizing frontline workers in mid-May but the District School Board of Niagara issued a news release on Tuesday afternoon confirming that as many as 4,000 eligible staff members will have the option of being vaccinated between April 10 and 18, which coincides with the delayed March break.

The Niagara Catholic District School Board then separately confirmed to CP24 that its members will also be included in the rollout.

The board says that all “educators and other staff who work in school environments” will be eligible for vaccinations.

“Vaccinating staff who work in schools means that another layer of safety and protection is there for students, staff, and their families,” Warren Hoshizaki, the director of education for the District School Board of Niagara, said in the release.

“We are once again thankful to NRPH and Niagara Health for recognizing the important role that these staff have in the community.”

The decision to accelerate the vaccination of education workers in Niagara Region comes one day after the Elementary Teachers Federation of Ontario urged the Ford government to either prioritize its members in the vaccine rollout or shutter schools in hotspot communities.

Liberal Leader Steven Del Duca also released a video appeal on Tuesday asking the Ford government to reprioritize its vaccine rollout so that every single worker in the school “ecosystem” who wants a vaccine can get one over the April break.

“I believe that re-prioritizing the vaccine rollout to focus on publicly-funded education and making that commitment today is the best way for us to make sure that our classrooms remain safe, that our kids and everyone else in the system remain safe and that Ontario schools remain open during this third wave,” he said.

There have been more than 13,000 school-related cases of COVID-19 reported since the beginning of the academic year in September.

Niagara is so far the only region in the province where teachers are now eligible for COVID-19 vaccination.