When Kelly Anne Branco visits a doctor’s office with her mother, she is never assumed to be the one struggling with cancer. The 39-year-old says it always her mother who is mistaken as the cancer patient.

Branco is one of thousands of young adults in Canada battling cancer. Her experiences, she said, echo a new study by Young Adult Cancer Canada that looks at the unique hardships endured by cancer patients who are 15 to 39 years old.

“I started having symptoms when I was 32,” Branco told CTV News Toronto Wednesday. She added that being so young at the time, doctors didn’t consider that she may have cancer.

Three years late, she said, in 2015, when she was 35 years old, she was diagnosed with a rare form of ovarian cancer and by that time it was already at Stage 3.

She said that being young may have prevented her from getting a proper diagnosis. This is especially harmful, she said, when early diagnosis for cancer is key to having a successful outcome. 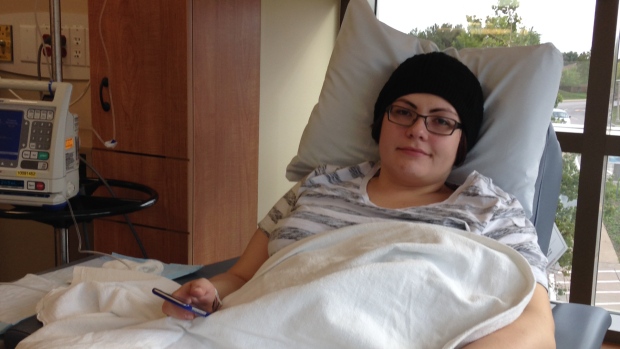 She said that as a young adult cancer survivor, she also faced social isolation.

“My circles of friends were all getting married and having babies,” she said. Meanwhile, Branco said she was going through surgery and that chemotherapy made her nauseous and tired. Her weakened immune system, she said, meant she had to avoid a lot of social contact to prevent infections.

She said that even finding a suitable support group is difficult because there aren’t many other young people going through cancer treatment.

The study by the Young Adult Cancer Canada found that quality of life is profoundly affected by having cancer as a young adult.

It found that 84 per cent of young adult cancer survivors live in fear of a cancer recurrence and 47 per cent show symptoms of depression or anxiety.

While Branco had suffered from anxiety before, she said that cancer took a heavy toll on her mental health.

“For me, I was 35 and I had to have a hysterectomy, which meant I had to deal with the reality that I was never going to be able to have my own family,” she said.

She said her long-time relationship broke down and her friendships dwindled.

The study also found that financial hardships were a particular challenge for cancer patients in their 20s and 30s because those years are when most people are working on their salaries and their savings.

Young adult cancer patients lost between one and four years of work, sometime more, while undergoing treatment, the study found.

“The work missed puts them at a real disadvantage, and then in asset accumulation, they are lagging behind their peers [without cancer] significantly” said Geoff Eaton, the president of the YACC, who is also a young adult cancer survivor.

Branco, who goes in for chemotherapy once a week, said she doesn’t know if she’ll ever go back to work.