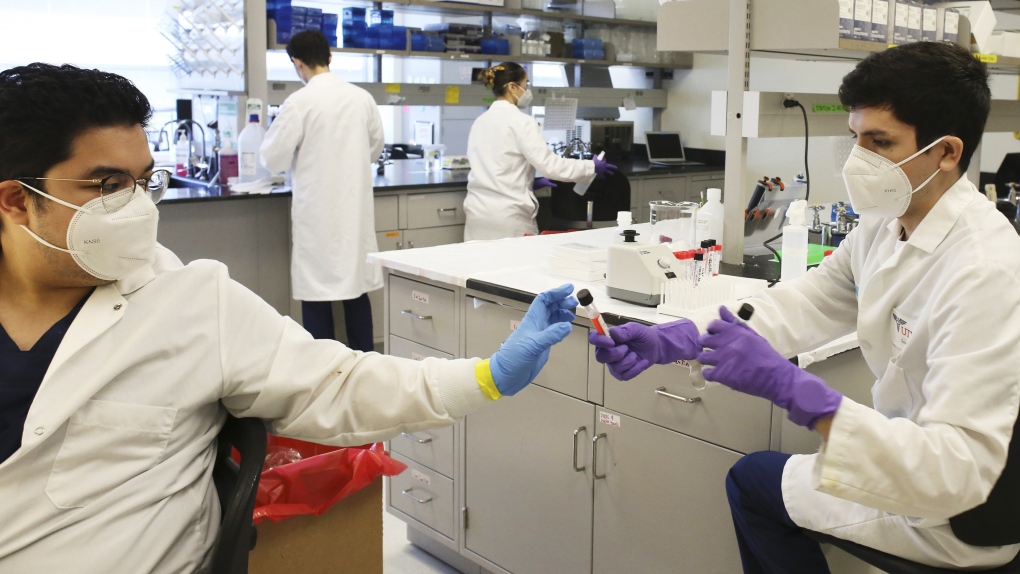 A lab processes suspected specimens of COVID-19 in this undated file image. (The Canadian Press)

TORONTO -- Ontario is reporting 129 new COVID-19 cases as the downward trend continues in the province.

The new cases bring the provincial total to 36,723.

"Locally, 27 of Ontario’s 34 public health units reporting five or fewer cases, with 18 of them reporting no new cases at all," Health Minister Christine Elliott said Sunday. "Hospitalizations, ICU admissions have both decreased with the number of vented patients being relatively stable."

The 129 new cases comes after officials confirmed 130 infections on Saturday. On Thursday, 170 new cases were reported, the highest number noted in more than a week.

Twenty-seven of Ontario's 34 public health units reported five or fewer cases of COVID-19 on Saturday, with 18 of them reporting no new cases at all.

According to Sunday's epidemiology report, 30 of the new cases were found in Peel Region, nine were found in York Region, 36 were found in Toronto and seven were found in Windsor-Essex, a region that has been grappling with outbreaks among migrant workers.

Nearly 90 per cent of new cases in people under 60

Ontario health officials have conducted nearly 1.7 million tests for the disease since the pandemic was declared.

More than 16,000 tests are still under investigation.