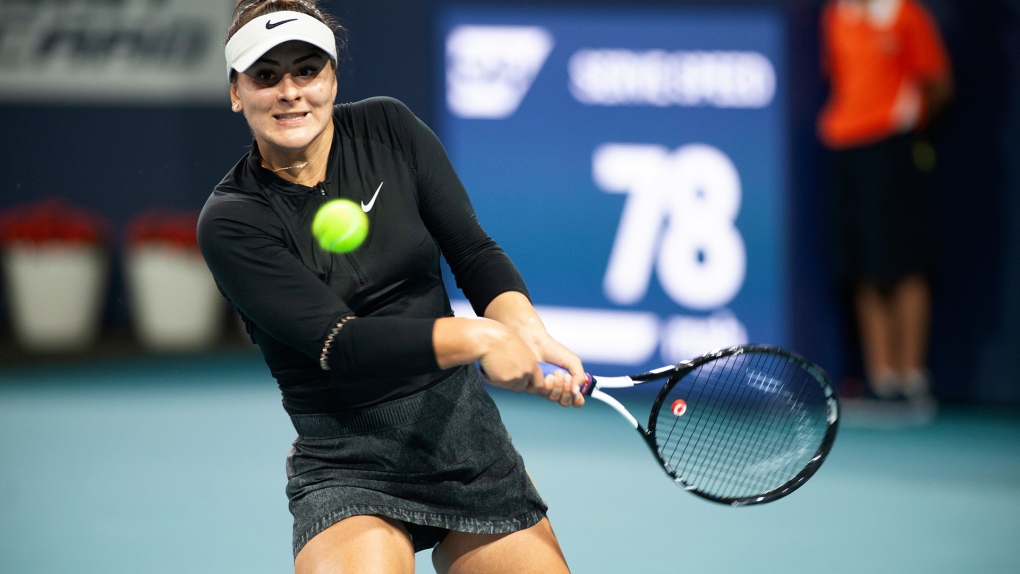 Bianca Andreescu has pulled out of the Citi Open in Washington next week because of an ongoing shoulder injury, but her agency says she'll be ready for her hometown tournament.

Jonathan Dasnieres de Veigy, client manager for Octagon, said in an email that Canada's top-ranked women's tennis player will be back for the Rogers Cup in Toronto.

Andreescu, from Mississauga, Ont., is scheduled to be the evening headliner for her first match of the tournament on Aug. 6.

Andreescu, 19, suffered the shoulder injury during her breakout March that saw her win a big WTA Tour event in Indian Wells, Calif., before retiring from a fourth-round match in Miami.

The world No. 24 has played just one match since then, winning her opener at the French Open before dropping out.

On the men's side, Denis Shapovalov of Richmond Hill, Ont., also pulled out of the Citi Open on Wednesday.

Canadians Milos Raonic, Felix Auger-Aliassime and Eugenie Bouchard all are scheduled to play in the Citi Open before returning to Canada for Rogers Cup week.