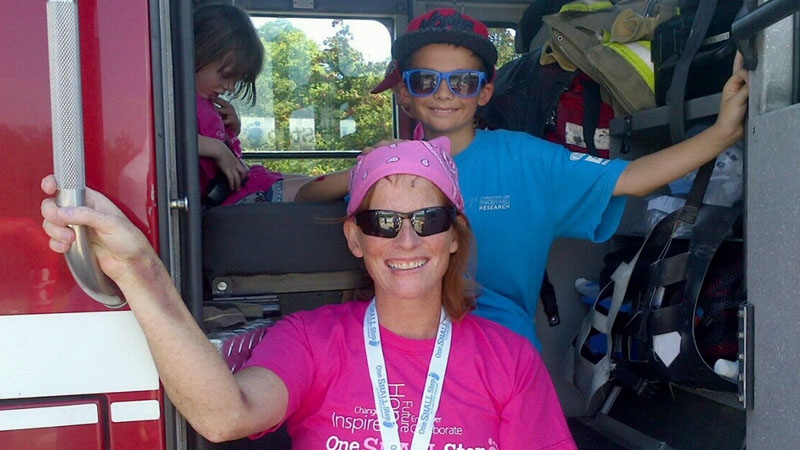 A Milton, Ontario mother battling terminal cancer has received nearly $80,000 in donations after an online campaign was set-up to help pay for an expensive treatment that may help prolong her life.

Kimm Fletcher, a 41-year-old mother of two, has advanced stage-four brain cancer.  Doctors say the disease is likely to take her life in two months.

A drug called Avastin has the potential to prolong her life for up to a year, but the medication is not covered in Ontario.

Provinces such as Manitoba, Saskatchewan and British Columbia all currently fund the drug.

In Ontario, Avastin is only covered for patients with colon cancer. The Ontario Ministry of Health does not recommend the medication be funded for brain cancer treatment, saying that there is not enough evidence to demonstrate that Avastin is effective for this specific kind of cancer.

Without government funding, Fletcher says she will have to pay nearly $8,000 a month for treatment.

Fletcher set-up an online campaign at GoFundMe.com to help pay for her medication. The site, which was created less than two weeks ago, has already generated $79, 971 in donations.

One online user, who goes by the name of Kevin Bickerstaff, donated $100 to the campaign and left a personal note of encouragement for Fletcher.

“I wish I could afford to give more! You are an inspiration to us all,” he wrote.

The website has received more than 1,300 donations over the past two weeks.

A recent post from Fletcher on the website reveals that she has already received one treatment of Avastin and doctors say her tumour has not grown.

“So what has been rapid growth now has shown no growth! Yes treatment is working, yes round one win!” Fletcher enthusiastically wrote.

“Surely you have to agree that Kim Fletcher’s case is one of those cases where compassion should be administered in fact this is why we pay taxes,” Elliott said during the session.

After a closed door meeting with Fletcher, Matthews promised that an expert panel would review the most recent evidence on the drug.

For Fletcher, the much-needed drug will afford her precious time with her two young children.