TORONTO -- The military has been deployed to a Woodbridge long-term care home that has been hit hard by COVID-19.

In a statement on Sunday, the Ministry of Long-Term Care said the Canadian Armed Forces are onsite at Woodbridge Vista Care Community to do an assessment.

"We are grateful for CAF's continued support, and we will have more news to share about next steps in the coming days," the ministry said.

"Long-term care homes determined to be the highest priority for the Canadian Armed Forces (CAF) deployment were those that have the most acute staffing challenges leading to poor resident outcomes."

"Despite receiving hospital support, Woodbridge Vista Care Community has been unable to contain the spread of COVID-19," the province said in a news release issued Thursday.

Last weekend, 18 residents infected with COVID-19 were transferred to hospitals after Sienna Senior Living, the operator of the home, said their care needs exceeded what could be provided at the home.

Following the transfer, SEIU Healthcare, which represents tens of thousands of health care workers across the country, called for government intervention, saying that members had reported "serious concerns" about the facility and had "lost confidence" in management's ability to handle the crisis.

Since an outbreak was declared at the facility in early May, 102 residents have contracted the virus. Of those cases, 22 have died.

In addition, 40 staff members at the home have tested positive for COVID-19. 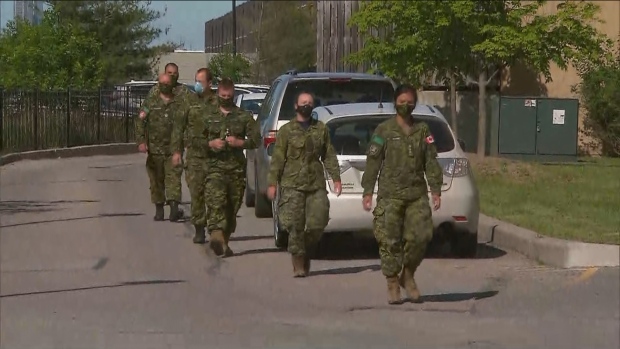 Rosanna Manieri, whose dad lives at the home, said she hopes, now that the military has been called in that her dad, and other residents will get the help they need.

However, she noted that the deployment could also mean the situation at the home is direr than she thought.

"For the military to be called in after William Osler was called in and there were only here for a few days, God only knows what the staff at William Osler has seen for them to call in the military. I think something is definitely wrong, worse than we thought," Manieri said.

Before the outbreak was declared, Manieri had been in constant contact with her father every day, talking to him through Skype.

But since cases of COVID-19 started to be reported at the home, Manieri said she could only talk to her father through the phone not being able to see his face.

So, when she had a chance to see him again through Skype last week, she said that her dad looked sad and could see some deterioration in his condition.

"It's really hard to deal with knowing I can't be in there," Manieri said.

She is also upset with the management for previously saying that they are confident that they can manage the outbreak without outside help.

Joanne Dykeman, who was then the executive vice-president of operations for Sienna Senior Living, told CP24 last weekend that they "are very confident with our systems and processes and the work that we are doing together to manage the outbreak."

"It's pretty terrible…that someone could say that. And then a few days later, the military is in," Manieri said.

"How do people sleep at night making statements like that? We're talking about lives here." 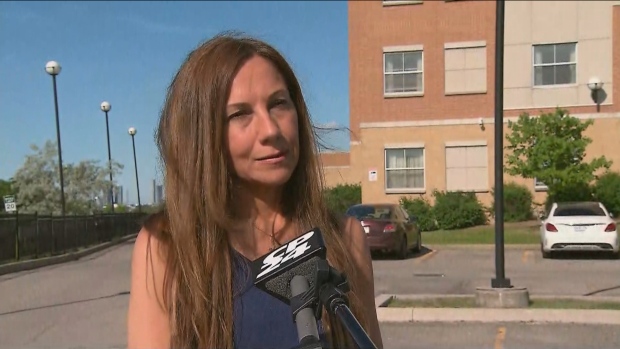 Dykeman was dismissed from her job last week after she allegedly mocked families during a virtual meeting, calling them 'bloodsucking class-action lawsuits people.'"

For Manieri, the only way to improve the situation in long-term care facilities is for the government to take over and end for-profit nursing homes.

"People have the right to make money, but not on a situation like this, not on long-term care," she said.

"This should not be going on anymore. People should be getting the proper care, especially taxpayers. As long as these residents and other residents in long-term care have been paying and then helping to build this country, they should be treated with the utmost respect."

Manieri said she hopes one day she can go back to the facility to hug her father.

"They need the care physically, but they need the emotional support, and they need to feel that connection with their loved ones. And I think that's what will give them hope to keep going."

Mary Bruccoleri's father, Pietro, was a resident of the home and died on the night of May 29. 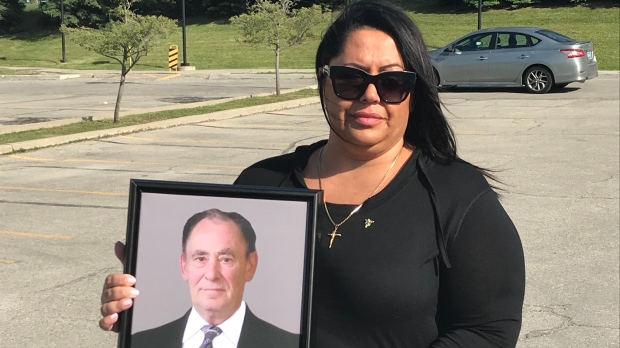 The cause of his death was not COVID-19, Bruccoleri said, adding he tested negative five times.

According to the death certificate, it was "inanition" or lack of nourishment, which Bruccoleri believes was due to the lack of staffing at the home.

"I trusted these people," she said in tears. "And now he's totally gone."

Bruccoleri said only one nurse was working on three floors on the night her father died.

"I was mortified to see the condition that my father was in. My father was skin and bones. He was very frail," she said.

Bruccoleri remembered her dad as a funny, charming man who loved to give kisses to his wife, daughters, and grandchildren.

"Sienna Living, my family, is so hurt," she said. "You guys have failed, totally failed."

Bruccoleri said the arrival of the military gives her comfort, knowing that the other residents will get the care they need.