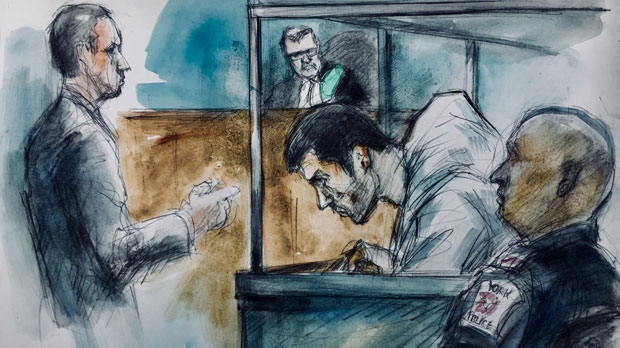 A 21-year-old man is facing impaired driving charges in connection with a fatal collision in Richmond Hill.

York Regional Police say they responded to a two-vehicle collision on Bayview Avenue at Woodriver Street around 9:30 p.m. on Sunday.

When officers arrived at the scene, they found a 21-year-old woman who was unresponsive. She was a passenger in one of the vehicles and succumbed to her injuries. The 22-year-old driver of the same vehicle was transported to the hospital with serious injuries.

The driver of the other vehicle was taken to the hospital with minor injuries and has since been charged in connection with the collision.

Police say the accused is being held in police custody and is scheduled to appear at a bail hearing on Monday.

York Regional Police is asking anyone with information to contact the Major Collision Investigation Unit at 1-866-846-5423 ext. 7704 or to reach out to Crime Stoppers anonymously.