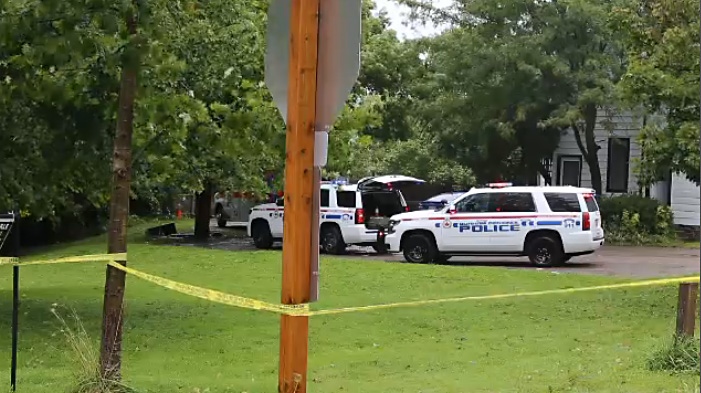 Durham Regional Police officers outside a home in Clarington where police say a man in his 20s was shot dead on September 10, 2018.

A 29-year-old man is dead following an afternoon shooting at a home in Clarington, Ont.

Durham Regional Police were alerted to the incident in the community of Hampton, near Old Scugog Road and Concession Road 6, sometime after 2 p.m.

Police later confirmed in a tweet that the male victim died in hospital.

Few other details have been provided, but police say homicide detectives have taken over the investigation and they do not believe this was a random incident.

Two area schools were briefly placed on a hold and secure order while police attended the scene. The orders have since been lifted.

Police said they are searching for two black male suspects in connection with this case but did not provide any further descriptions.