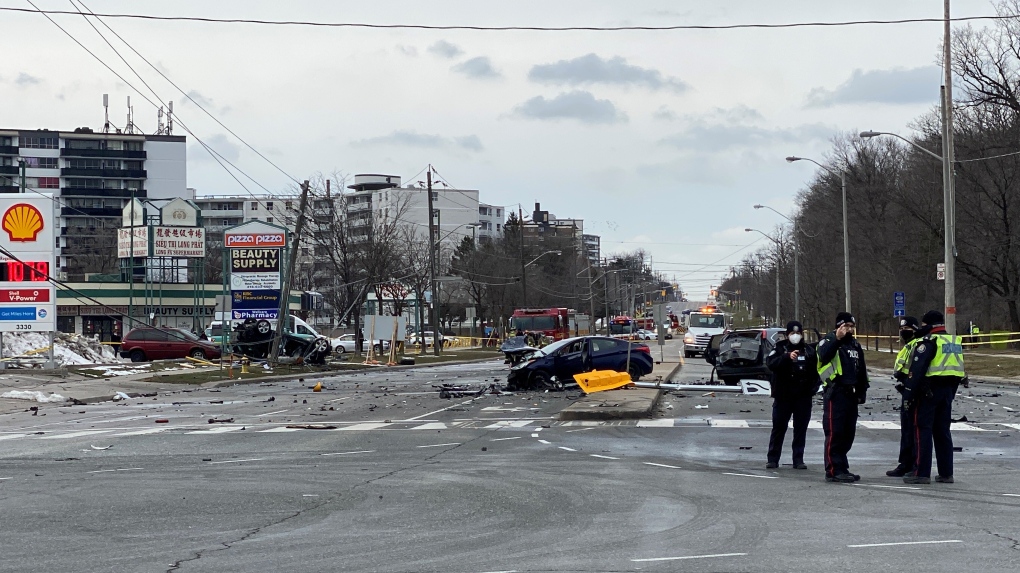 One person was killed and five others were injured in a three-vehicle collision in the area of Keele Street and Sheppard Avenue West. (CTV News/Peter Muscat)

TORONTO -- A man is facing charges in connection with a fatal multi-vehicle collision in Downsview on New Year’s Day, Toronto police say.

Shortly before 11:30 a.m. on Jan. 1, a Toronto police officer was conducting radar near Wilson Avenue and Keele Street when a Mercedes-Benz SUV was spotted travelling at a high rate of speed.

The officer attempted to stop the vehicle before it collided with two other vehicles at the intersection of Keele Street and Sheppard Avenue West.

The 23-year-old male driver of the Mercedes-Benz and a 67-year-old female driver from one of the other vehicles were transported to hospital with serious injuries. 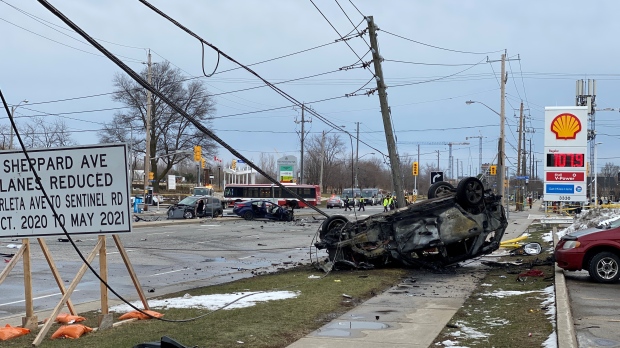 Four occupants from the third involved vehicle were also taken to hospital with minor injuries and have since been released.

The Special Investigations Unit was called in as they probe incidents involving police officers where there has been death, serious injury or allegations of sexual assault.

The male driver has since been released from hospital.

The woman, however, died from her injuries in hospital on Jan. 30, police said.

On Thursday, police said charges were laid in connection with the collision.

Renato Horvath, 23, of Toronto, was arrested and charged with criminal negligence causing death, dangerous operation of a conveyance and flight while pursued by peace officer.

He is scheduled to appear in court on Apr. 22.

The SIU’s investigation is ongoing and anyone with information is asked to contact the lead investigator at 1-800-787-8529.