TORONTO -- A Toronto man has captured the moment he says a person took a package on his front porch and replaced it with an empty box.

Ray Bukvic, who lives in the Davenport Road and Dufferin Street area, said he installed a security camera on his porch after a similar incident happened a few months ago. He said the same thing happened again this week.

"When I got home at 5:30 I picked up the package and it was empty," Bukvic said.

Five hours later, a man in an orange vest walks up onto the porch. He also has a box, but Bukvic believes it's empty. 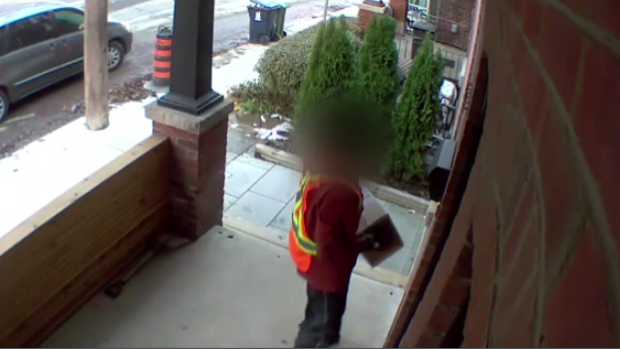 The man doesn't knock on the door or ring the bell. He appears to place the empty box down and picks up the real package. He then waits for a jogger to go by before walking to a waiting vehicle.

"I think they are just driving up and down the street looking for boxes and planning it all out," Bukvic said.

Toronto Police said they are not surprised by this incident and confirmed delivery thefts are increasing in the city. 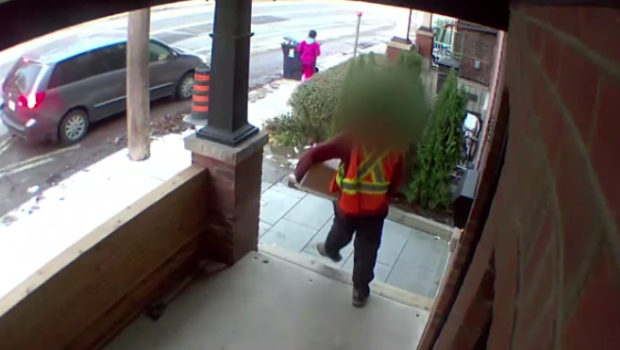 Police said it is always best to arrange a delivery time when you will be home or let a trusted neighbour pick up your package.

Most of the courier companies use a similar practice if a signature is not required. "If no one is at the address when delivery is attempted, we will leave the package in a secure location," Amazon told CTV News Toronto.

And if there isn't a secure location most companies will send an email or leave a pickup notice.