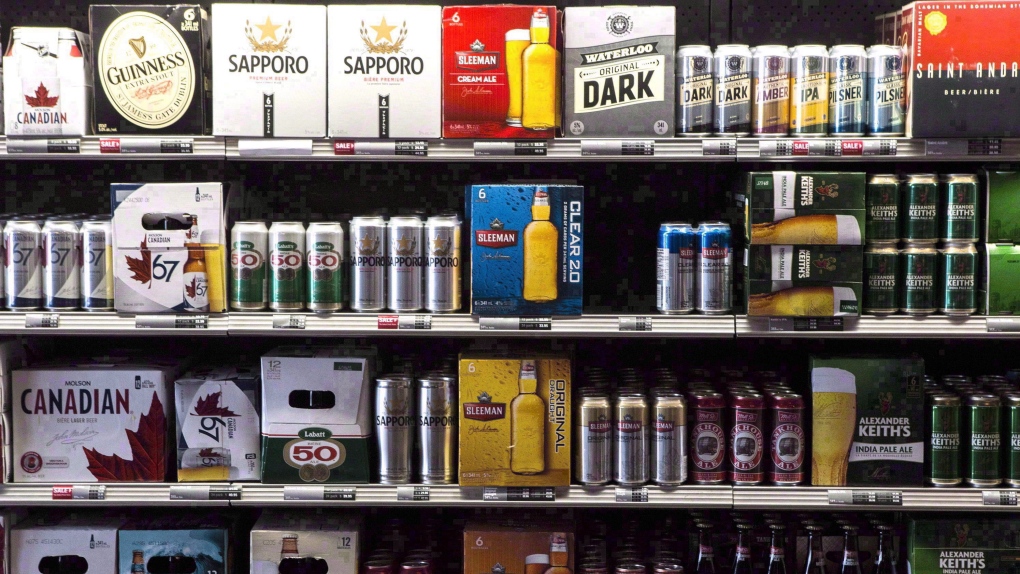 Beer products are on display at a Toronto beer store on Thursday, April 16, 2015. THE CANADIAN PRESS/Chris Young

TORONTO -- The LCBO is suspending its partnership with the food delivery app SkipTheDishes after several restaurant owners and Mayor John Tory voiced their concerns about the deal.

In a statement on Sunday afternoon, the Crown corporation said, “effective end of day today, LCBO’s partnership with SkiptheDishes is paused until further notice.”

The LCBO added, “We are proud to continue offering a safe in-store shopping experience and our expanded same-day pickup option and will continue to look for new ways to increase choice and convenience for our customers.”

Ontario Finance Minister Rod Phillips said he and Premier Doug Ford asked the Crown corporation to put the partnership on hold because “restaurants continue to need our support.”

“COVID-19 has created unprecedented challenges for small businesses. Restaurants have been among the hardest hit, which is why our government has stepped up with support, including allowing them to sell alcohol via take-out and delivery,” Phillips said in a statement.

Earlier, Tory said the timing of the deal “could be better,” given that many struggling restaurants in the city need alcohol sales to stay afloat.

“The move that the province made in the pandemic to allow restaurants to have people take away a bottle of wine that they bought at the restaurant... I think that was a very positive thing,” Tory told CP24 on Sunday morning.

“I think the initiative with SkipTheDishes, while it replaces an older deal, is maybe ill-timed.”

Since the start of the pandemic, the province has given restaurants and bars permission to sell alcohol for takeout or delivery with food purchases.

The move was seen as a lifeline to restaurants that were forced to close in-person during the spring lockdown.

Now that Toronto is in another lockdown during the second wave of the pandemic, restauranteurs in the city are once again reliant on takeout and delivery to keep their businesses going.

The new alcohol delivery partnership between SkipTheDishes and the LCBO, which was announced last week, was met with some criticism from restaurant owners who say they cannot compete with the LCBO’s pricing.

“I think it is great the delivery model, but my concern is as a restaurant who has been forced to close indoors… my only outlet to sell to go is through delivery apps,” Tomas Morana, owner of downtown restaurant Bar Volo, told CP24 on Saturday night.

“I'm selling beer and wine right now to go as a means of survival and now with the LCBO jumping on these apps, they are effectively undercutting us because our pricing unfortunately is more expensive because we are buying our product at retail prices.”

Tory said he believes most people support the liberalization of alcohol policies in Ontario but said the province should consider postponing this initiative while the city is in a lockdown.

“They (restaurants) rely on things like the ability to sell alcohol to give them any kind of revenue stream that goes beyond takeout and delivery,” Tory said.

“I think that this one they may want to give another look at just in terms of the timing of it and say while these restaurants are locked down, we won't do this kind of thing.”

In a statement sent to CP24 on Saturday night, SkipTheDishes said the company has been delivering alcohol in multiple Canadian provinces since 2017.

“In these provinces, we have seen no evidence that alcohol sales to our restaurant partners have been negatively affected when alcohol vendors have launched on the network,” the statement read.

“Adding a bottle of wine to your dinner order or a beer with your wings has historically been a different occasion than when ordering directly from an alcohol vendor.”

The company went on to say that the pandemic has “driven up alcohol sales” for partner restaurants and that sales continue to grow during the holiday season.