LCBO announces it's changing store hours at more than 360 locations 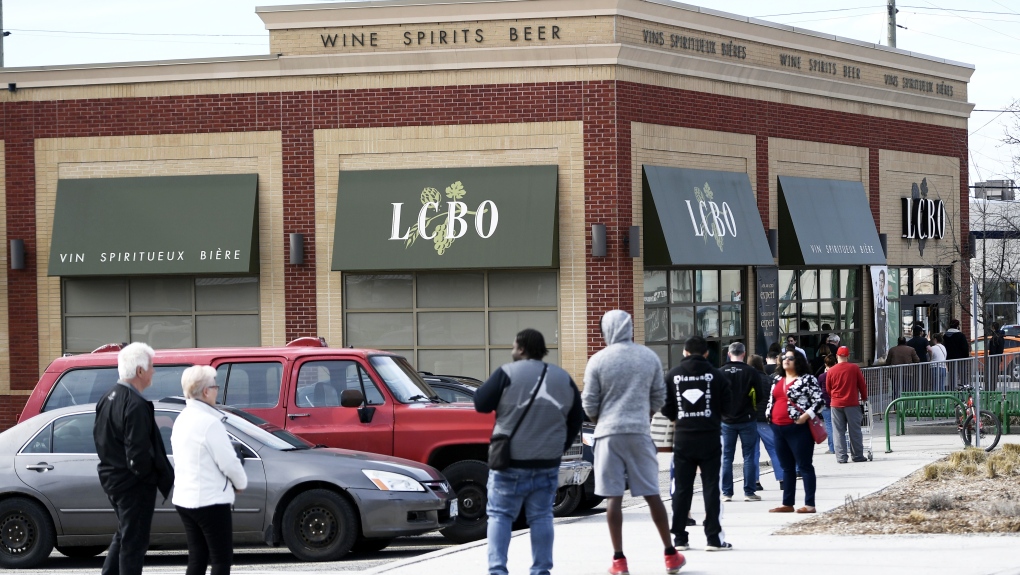 People line up outside a LCBO liquor store to facilitate physical distancing in response to the COVID-19 pandemic, on Saturday, April 4, 2020. (THE CANADIAN PRESS/Justin Tang)

TORONTO -- Some LCBO locations will be staying open later beginning next week after reducing store hours in the wake of the COVID-19 pandemic.

The list of stores that will operate with expanded hours has not been released but the LCBO says its store locator feature on its website will be updated as of May 14.

“The expansion of store hours will continue to roll out in stages across the province through to the first week of June. All LCBO stores will remain closed on Mondays until further notice,” a news release issued by the Crown corporation read.

The corporation added that it has already put physical distancing supports in place and has enhanced store cleaning and sanitation protocols.

Customers are being asked to limit interactions with staff by paying with debit or credit and packing their own reusable bag.

The LCBO is also encouraging people to help protect employees by wearing non-medical masks or face coverings while shopping in the stores.

The news comes on the same day the union representing LCBO employees called on the corporation to provide hazard pay to workers.

"It's absolutely appalling that Soleas and his cronies refuse to give hazard pay to their frontline workers but have no qualms about expanding the number of hours they're potentially exposed to COVID-19,” Thomas said in a written statement.

Speaking to CP24 on Wednesday, Thomas said the LCBO has refused to consider offering staff a pay bump despite the fact that many other retailers have already given one to essential workers in public-facing jobs.

“The LCBO won't even entertain giving a $2 an hour, $1 an hour, or any kind of premium to retail workers and our warehouse workers who are exposed every day,” Thomas said. “They just keep saying they are going to stick to the terms of the collective agreement.”

Thomas also expressed concern about whether stores will have adequate staffing to accommodate the expanded hours.

“They (the LCBO) have only been able to rehire 200 summer help... that have experience. They won't say how many others they have hired,” he said.

“If you try to go to regular hours... and you don't have the people to run the stores... it could be a huge problem so I'd really like the employer to actually sit and start talking with us in a very serious way.”