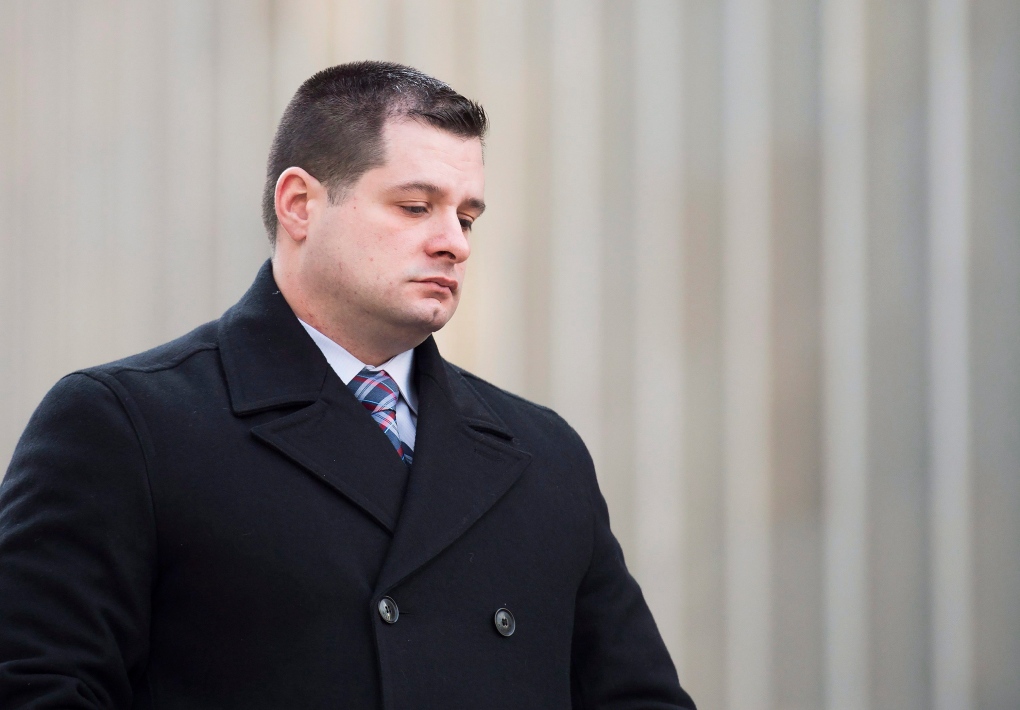 TORONTO -- A Toronto judge urged jurors Monday to treat the credibility of a police officer accused of killing a teen on an empty streetcar just as they would anyone else's.

In his instructions to the jury, Justice Edward Then said Const. James Forcillo doesn't get "special marks" for telling a court why he gunned down 18-year-old Sammy Yatim two years ago.

"You assess his credibility in the same manner as you do with any other witnesses. What he says may be evidence for or against him," Then said.

Forcillo has pleaded not guilty to second-degree murder and attempted-murder in Yatim's death.

Crown prosecutors argue Forcillo's actions weren't necessary or reasonable but his lawyer contends the officer's actions were justified and carried out in self-defence.

The jury has heard that on a night in July 2013, Yatim had taken the drug ecstasy before boarding a streetcar where he pulled out a small knife, prompting panicked passengers to rush off the vehicle.

Jurors have heard emotional testimony from a woman sitting near Yatim when he swiped his knife towards her. They've also heard from the streetcar driver who spoke calmly to Yatim before jumping off the vehicle when the teen grew aggressive at the sound of police sirens.

Then noted that everything that happened before Forcillo and Yatim came face to face was "background" evidence for the jury to help them assess that Yatim was a "person in crisis."

"Officer Forcillo knew nothing of the events that had occurred," he noted. "What is important is the conduct of Mr. Yatim towards officer Forcillo and Forcillo's state of mind in reacting to that conduct."

Videos and audio played at the trial have shown that Forcillo arrived on the scene and yelled repeatedly at Yatim to drop the knife, but the teen refused and hurled expletives at police.

Forcillo told the jury he believed Yatim was going to rush off the streetcar and launch an attack. After a 50-second confrontation, Forcillo fired nine bullets at Yatim in two separate volleys.

While on the witness stand, Forcillo rejected alternative use-of-force tactics suggested by a Crown expert, such as using pepper spray, closing the streetcar doors on Yatim, or engaging in more verbal de-escalation efforts before firing his gun.

Jurors were told to assess Forcillo's testimony with care.

Even if the jury doesn't believe Forcillo and isn't in a state of reasonable doubt, jurors must still assess other evidence in the case to see if they are satisfied of Forcillo's guilt, Then said.

The jury also didn't need to find a motive or reasons for Forcillo's actions on the night Yatim died, Then said.

"It is for you to decide whether officer Forcillo had a motive or any motive at all, and how much or how little you will rely on it."