It could take a month to fix Cherry Street bridge, city says 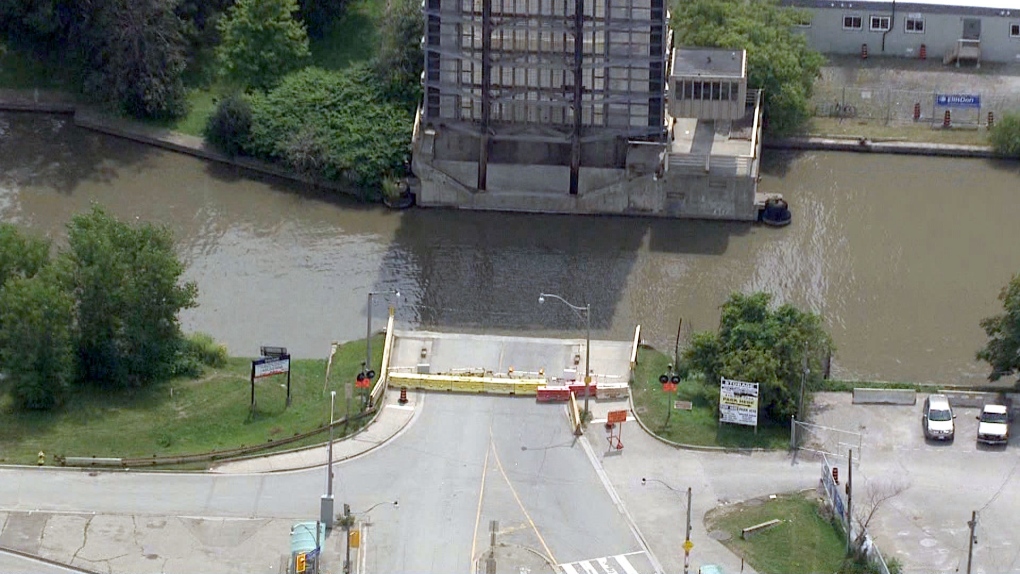 A bridge over the Keating Channel is locked in a lifted position due to mechanical failure. (CTV News Toronto)

City officials say it could take about a month to fix the Cherry Street bridge, which has been stuck in a lifted position for close to a week.

The bridge directly connects beachgoers to the Port Lands, allowing them to travel over the Keating Channel to Cherry Beach and Clarke Beach Park.

City officials say that a mechanical failure has locked the overpass in a lifted position and it could take a while before it is repaired.

“The work is complex and will require multiple stages to complete, including securing the bridge to remove the malfunctioning components, large cranes to lower the bridge, and inspections,” the city said in a statement. “The work will be performed in a way that prioritizes safety for everyone involved, including the public and the workers.”

“The aim is to have the situation resolved as soon as possible. Current projections, however, indicate it could take as long as a month to lower the bridge and ensure it is safe and passable.”

According to the city, the bridge first opened in 1968 and is scheduled to be replaced in the next 18 months as part of the Port lands Flood Protection Program.

The 121 Fort York and 72 Pape bus routes will divert around Cherry Street between Lakeshore Boulevard East and Villiers Street until construction has been complete. Motorists, cyclists and pedestrians who want to access the Port Lands can use the Don Roadway, Carlaw Avenue or Leslie Street.

The Cherry St. bridge is stuck and we're working w/ @PortsToronto & professional engineers to get it lowered ASAP. It's a complex job that could take up to a month. If you're travelling to/from the port lands/Martin Goodman Trail, please use The Don Roadway, Carlaw or Leslie. pic.twitter.com/JBBC38vu8P