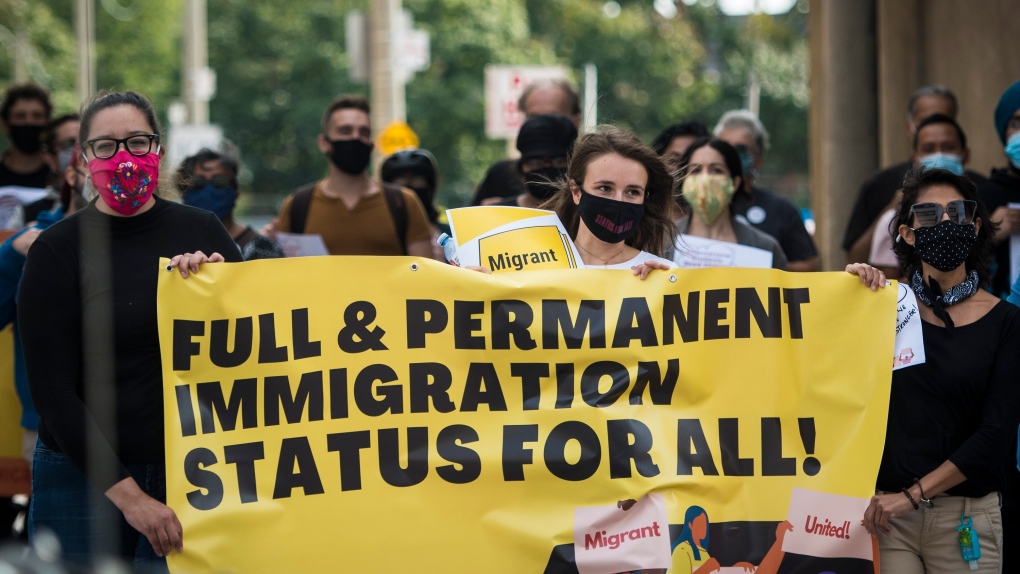 TORONTO -- Current and former international students called for changes to Canada's immigration rules on Saturday as they face a job market still recovering from the impact of the COVID-19 pandemic.

Dozens of demonstrators gathered at Deputy Prime Minister Chrystia Freeland's office in Toronto in the first of two events scheduled this weekend. A second event in Mississauga, Ont., is planned for Sunday.

The students say the requirements for graduates to gain permanent residency in Canada are too strict, and economic disruption from the COVID-19 crisis has made those requirements essentially impossible to meet.

Sarom Rho, an organizer with the Migrant Workers Alliance for Change who leads the Migrant Students United campaign, said the pandemic has compounded the difficulties international graduates face when entering the job market in Canada.

"During the COVID-19 crisis, millions of people in Canada have lost work and wages, but for migrant students there is an added cost," Rho said by phone ahead of Saturday's rally.

Post-graduate work permits are not currently renewable and Rho said this puts graduates who have been laid off or unable to find work during the pandemic at extra risk.

Graduates experiencing unemployment face deportation if they do not complete continuous, high-wage work before their permits expire, she noted.

The group is calling on the provincial and federal governments to make post-graduate work permits renewable so graduates struggling in the COVID-19 job market will not be deported or become undocumented.

An online petition calling on the federal government to address the issues international students face had attracted more than 18,000 signatures as of Saturday afternoon. 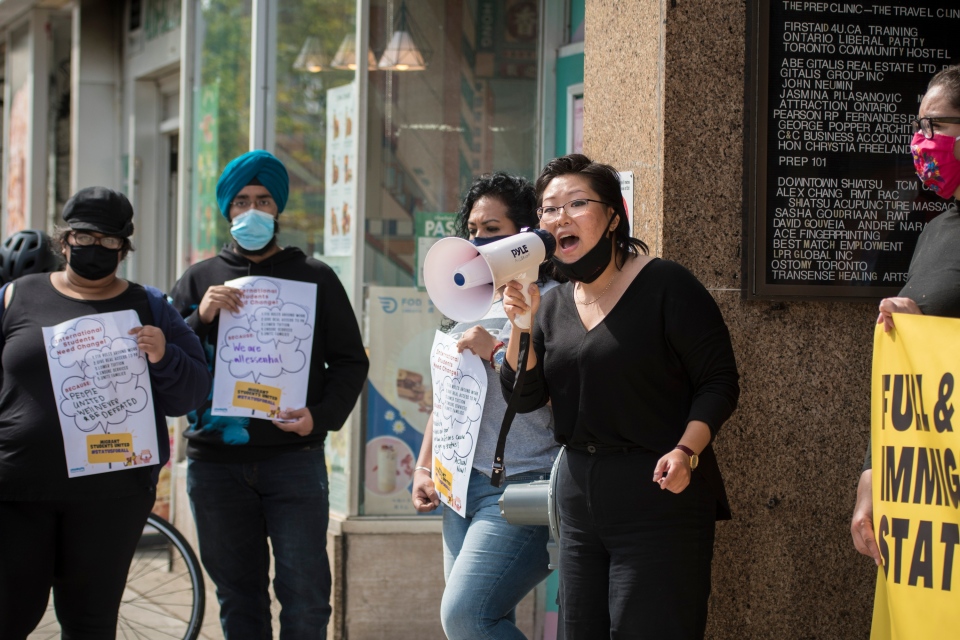 It reiterates the key demands in the Migrant Students United campaign, including making work permits renewable.

"We call on the federal government to make immediate changes that support students during the new global reality we are in," the petition reads.

It also says families of international students should be able acquire work permits, asks that tuition fees be lowered to be on par with domestic rates and says all migrants should be granted permanent status.

Rho noted returning home is not an option for many graduates who come from countries that have been destabilized by economic devastation and other crises during the pandemic.

These pressing concerns about students' futures could be avoided simply, Rho said.

She said the weekend's demonstrations call for simple fixes to a "punitive" system that sets students up to fail as they work to stay in Canada after their studies.

"This could all be fixed if there were a simple fix like making the work permit renewable, and even simpler, granting status for all migrants," she said.

Neither Freeland nor Immigration Minister Marco Mendocino immediately responded to a request for comment.

This report by The Canadian Press was first published Sept. 12, 2020.