The unlicensed cannabis shops closed in raids by police say the ongoing effort to shut them down is “embarrassing.”

Over the past week, Toronto police and bylaw officers from the city’s Municipal Licensing and Standards division have been conducting enforcement raids at the four weed shops that operate under the “CAFE” brand.

Earlier this week, police took the dramatic step of completely blocking the storefronts with cement blocks.

Within a day, CAFE owners removed the blocks at the Harbord Street location, and reopened.

But today, the back-and-forth battle continues, with bylaw enforcement officers putting back the concrete blocks that had been removed.

“Yesterday, we witnessed a vigilante interpretation of flawed legislation,” a statement released from CAFE said.

“This behaviour is reckless and embarrassing.”

“If one wishes to control the sale of cannabis, this is not the way.” 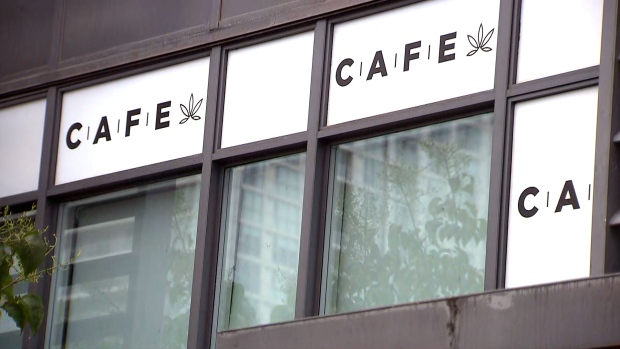 Officals have unsuccessfully tried to close CAFE in the past.