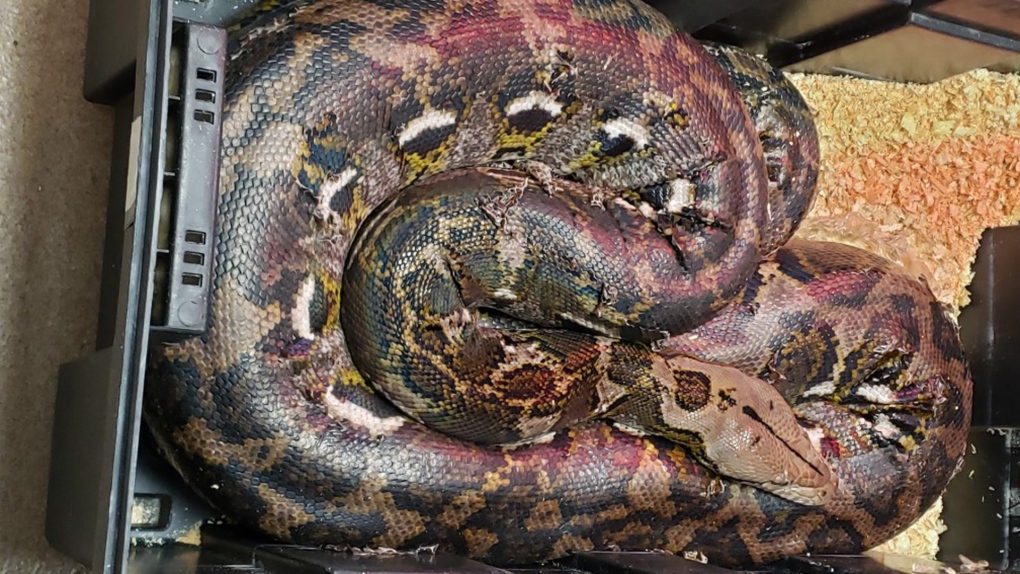 A reticulated python found on the lawn of a business in an industrial area in Thorold Wednesday August 21, 2019 is pictured. (Handout /Lincoln County Humane Society)

A local humane society says it is looking for the owner of a large python that was caught near St. Catharines, Ont., this week.

The Lincoln County Humane Society says it was called to an industrial area in Thorold, Ont., on Wednesday night and found a 14-foot snake that was loose on the lawn of a business.

The society says local reptile experts were called to assist, and the snake was captured shortly after.

There were no injuries. 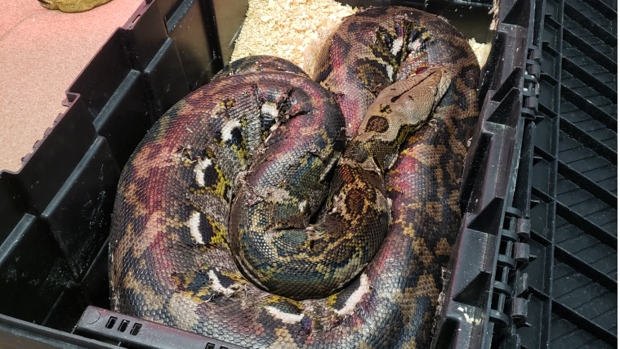 The humane society says the snake, which is about 10 to 15 years old and weights 36 kilograms, is not allowed under the city's bylaws.

It says it will be keeping the snake until its owner comes forward.