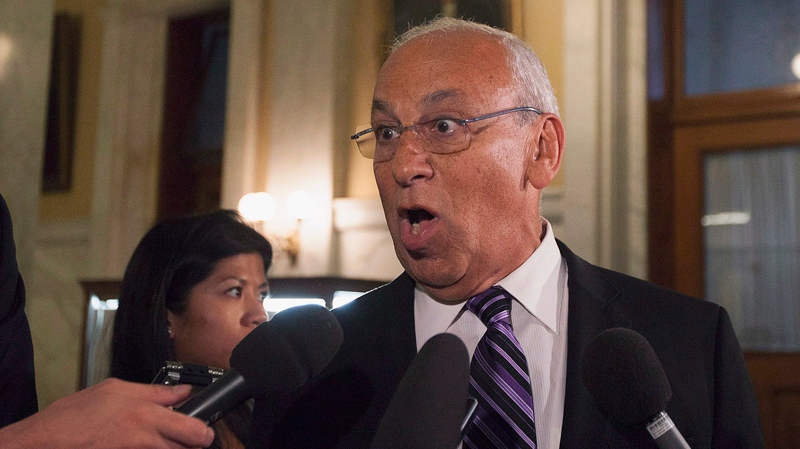 TORONTO -- The Toronto-based finance critic for Ontario's Progressive Conservatives will no longer claim more than $20,000 a year for a housing allowance for a second residence in Niagara-on-the-Lake, Opposition Leader Tim Hudak announced Thursday night.

Peter Shurman, the PC representative for the Toronto-area riding of Thornhill, "followed all existing rules" when he claimed the maximum accommodation allowance of $20,719 last year for the Niagara house, added Hudak in a written statement.

"Mr. Shurman has agreed to discontinue any receipt of the accommodation allowance and going forward pay for the expenses in question out of his own pocket," he said.

The Opposition leader also did not say if he had approved Shurman's decision to claim the Niagara home as his primary residence, but vowed he would make sure the rules are changed to prevent such behaviour in future.

"Any taxpayer looking at this will know this system doesn't make sense and needs to be fixed," said Hudak.

Members of all three parties can claim the housing expense if their primary residence is more than 50 kilometres from the legislature in downtown Toronto. Cabinet ministers and opposition leaders can claim up to $21,719.

But the rule makers never considered a Toronto MPP would claim their main residence was so far away that they would be eligible for the housing allowance, said Liberal house leader John Milloy.

He called the expense claim of the 65-year-old Tory MPP a "taxpayer-funded retirement home subsidy" that should not be allowed, even though it was not a violation of the rules.

"We probably are going to have to look at the rules," said Milloy. "But I mean come on, it's one thing to find a loophole, but there's others about respecting the spirit of (the rule). We all understand the spirit of the rule."

Shurman, who also flies his own private plane, was unavailable to comment Thursday. His staff said he was observing the Jewish holiday of Rosh Hashanah that prevents him from using any electronic devices.

The NDP also blasted Shurman for claiming the Niagara home as his primary residence.

"Most Ontarians will understandably raise an eyebrow when they hear an MPP who is paid a healthy salary is sending Ontarians a bill for their retirement home," said New Democrat MPP Cindy Forster.

Shurman regularly lectures the government about living and spending within its means, said Milloy.

"What's even more outrageous is I have to hear his sanctimony and arrogance day after day about the waste of taxpayers' money, and him going on and on and on about having to account for every nickel, and then we find out he found this loophole," he said. "It's a bit rich."

Shurman's Niagara-on-the-Lake home is listed as his address in the party's financial documents filed with Elections Ontario.

According to government records, he also owns a private 1979 F33A Beech Bonanza airplane through a numbered holding company.

Asked whether he thinks Shurman should pay back the money, Milloy said, "I think he should take a hard look at his decision."

Questions about the living allowance rules at Queen's Park comes amid an expense scandal in Canada's Senate.

The RCMP is looking into the questionable expenses of former Conservative senators Mike Duffy, Pamela Wallin and Patrick Brazeau, as well as former Liberal Mac Harb, who has since resigned.

It's alleged that some senators improperly stated their primary residences were more than 100 kilometres from Ottawa, allowing them to claim tens of thousands of dollars a year in living allowances.