How long does COVID-19 live on surfaces? Researchers say it depends

TORONTO -- The novel coronavirus can survive up to 72 hours, depending on what kind of surface it's sitting on, researchers in the United States say.

The study, in the New England Journal of Medicine, looks at the SARS-CoV-2 virus, which emerged in Wuhan, China in late 2019, and SARS-Cov-1, which is the most closely related human coronavirus. The researchers studied the stability of the viruses in aerosols and on various surfaces, in an effort to simulate the virus being deposited from an infected person.

They tested the two viruses in five settings: in aerosols, on plastic, stainless steel, copper and cardboard.

The scientists found SARS-CoV-2 lasted longest on plastic and stainless steel. Viable virus was detected up to 72 hours or three days on these surfaces.

On copper, viable virus only lasted four hours and on cardboard, no viable SARS-CoV-2 remained after 24 hours. 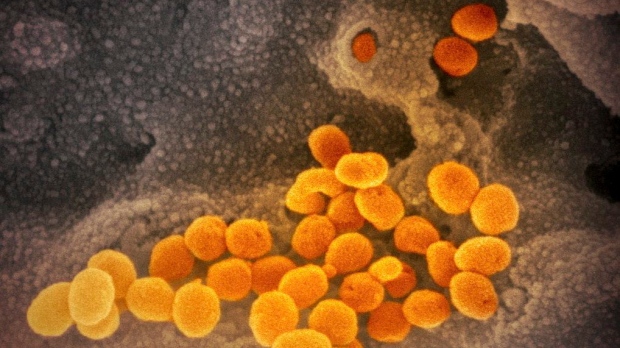 SARS-CoV-2 remained viable in aerosols through the duration of their experiment, which lasted three hours. Aerosols are droplets smaller than five micrometers.

The study suggests the virus can remain suspended in the air for a half hour before drifting down and landing on other surfaces. The World Health Organization has said that it does not believe the virus can be transmitted through the air.

The findings may have important significance for medical workers as well as the public. For people relying on takeout foods or receiving packages while isolating at home, they may want to wipe packages down with disinfectant wipes or leave them untouched for a day.

It’s not clear why cardboard is a less hospitable surface for the virus than plastic or steel. Copper, used in some hospital settings as an antimicrobial surface, has long been recognized for its disinfecting properties.

The researchers recommend people use precautions similar to those for influenza to protect themselves, including: