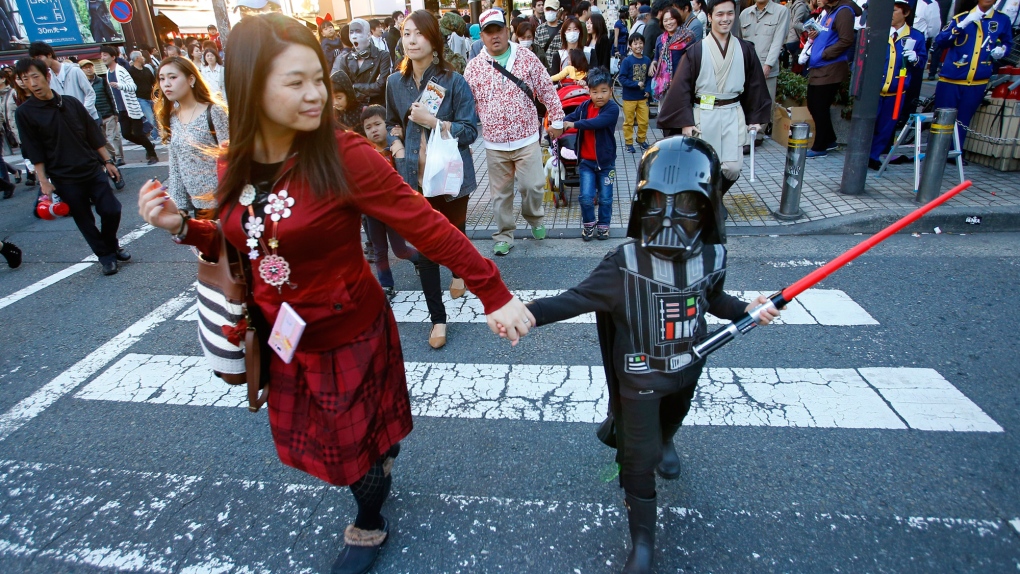 A child dressed as Darth Vader walks with his mother after a Halloween parade in Kawasaki, near Tokyo, Sunday, Oct. 25, 2015. (AP / Shizuo Kambayashi)

Police are warning parents of little goblins, ghouls, monsters and mummies to be careful while trick-or-treating this Halloween.

Here's a roundup of tips for Oct. 31 from police forces in the area:

Drivers are advised to travel slowly and watch for children during evening hours.

In a statement released Thursday, Toronto police warned that the average number of collisions in the city typically rises on Halloween.

On a daily basis, Toronto sees between 138 and 167 collisions per day, police said, but on Halloween that number climbs to as many as 324 collisions. In some cases, that represents a 115 per cent increase in the daily collision rate.

The majority of the collisions occur between noon and 8 p.m.

Drivers are reminded that children may be preoccupied with trick-or-treating and may not be paying attention to the rules of the road. Motorists should keep vehicle speeds at or below the posted limits, and scan the road for children attempting to cross streets mid-block.

Police also released a pedestrian safety message on YouTube ahead of Halloween.