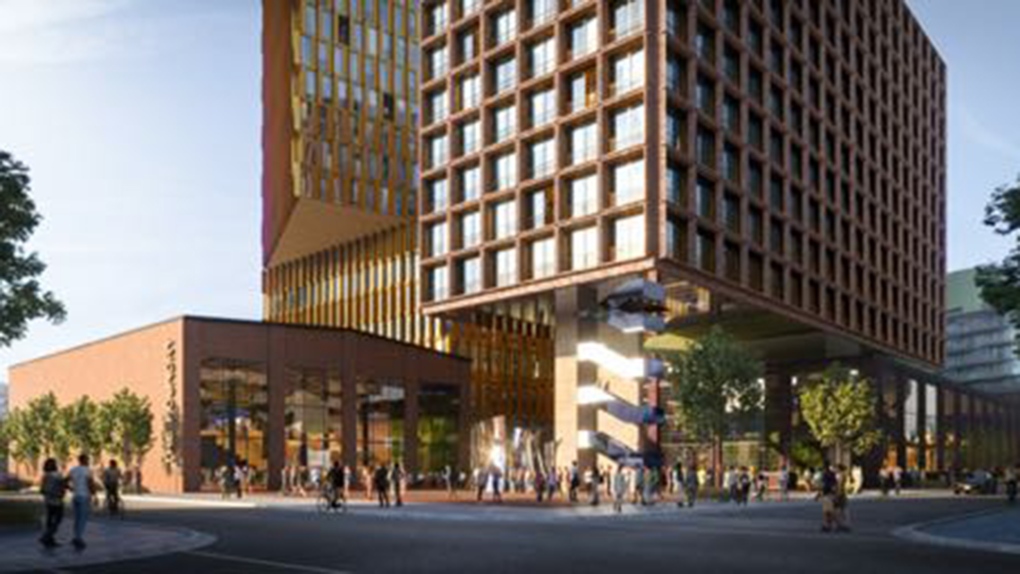 A rendering for a theoretical design for the Dominion Foundry Site is pictured in an image released by Friends of the Foundry Wednesday February 24, 2021. (KPMB Architects)

TORONTO -- A coalition of community activists has released ideas for preserving several heritage properties in the West Don Lands ahead of a meeting with the province to try and negotiate their fate.

The exploratory concept would preserve the two most important buildings on the Dominion Foundry site, while allowing for 870 residential units along with 120,000 square feet of community and retail space.

The Friends of the Foundry group said Wednesday that the theoretical design by KPMB Architects demonstrates that property development and heritage preservation are not mutually exclusive and said the design constitutes “an invitation to start over.”

“The concept we are releasing today is just one idea of what is possible. We hope it spurs additional suggestions that protect heritage and build badly needed affordable housing and community space on the site,” West Don Lands Committee Co-chair Cynthia Wilkey said in a release from the Friends of the Foundry group. 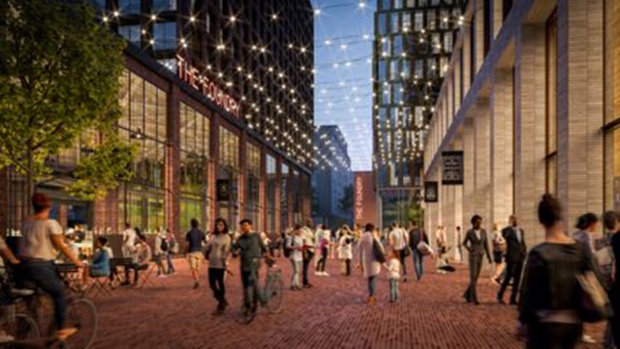 The province began bulldozing buildings on the 2.3-acre site it owns at 153-185 Eastern Avenue on Jan. 14. The community happened to find out when a passerby asked what was happening.

Through a ministerial zoning order issued in the fall, the province quietly rezoned the site for housing development and bypassed regular steps that property developers in the city must usually go through, including community consultation.

The community launched a court challenge to the demolition and was successful in stopping it in the interim. A three-judge panel was set to hear the case on Feb. 26, but the court has granted an adjournment of the case while the parties try to negotiate a resolution.

Looking to avoid a court battle, the province said it would speak with the community to get their input. That meeting is taking place today.

Councillor Kristyn Wong-Tam, who represents the area, said earlier this week that the city is looking to achieve “full compliance” with the Ontario Heritage Act and that city lawyers are ready to go back to court if the province does not cooperate.

Critics have also questioned why the provincial government apparently made a deal to sell the land to a single developer without going through a bidding process. Earlier this week premier Doug Ford said he couldn't reveal any details about the deal until it was finalized.

He also said his government’s goal “is to make sure that we have 1,000 affordable units there for the people of Toronto. We're in desperate need of affordable housing, but that process is still moving forward.”

While it is true that Toronto is in desperate need of more affordable housing units, the city learned through the application process for the site that just around 30 per cent of the smallest condo tower in the developer’s plan would be set aside for affordable housing. The rest would be market-priced condos.