Funeral held for man beaten to death in Brampton 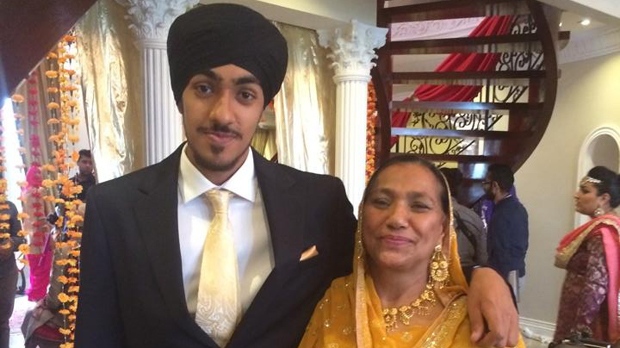 A funeral was held today for a 21-year-old man who was beaten to death in Brampton earlier this week.

Paviter Singh Bassi was found critically injured in the area of Sandalwood Parkway East and Cedarcliff Trail on Monday night after police said he had been beaten by a group of suspects.

He was rushed to hospital but died the following day.

In a statement released Sunday, a spokesperson for Bassi’s family said the young man was “full of love and compassion for those around him” and was regularly involved in charity work.

“Paviter was an inspiration to his family, friends and community. He has left a void that is indescribable and cannot be put into words,” the statement read.

“We had no doubt that he had an incredibly bright future ahead of him. We ask that anyone with information to come forward to the police and help with their investigation. This was an immense tragedy, one that we as a community want to ensure is never repeated. We ask everyone to respect the privacy of his family during this difficult time.”

Three people have been arrested in connection with the deadly assault.