Simard, who represents the riding of Glengarry-Prescott-Russell, made the announcement alongside Ontario Liberal Interim Leader John Fraser on Thursday afternoon.

“I want to be part of the renewal process as the party rebuilds, modernizes and prepares for the years and generations to come.” 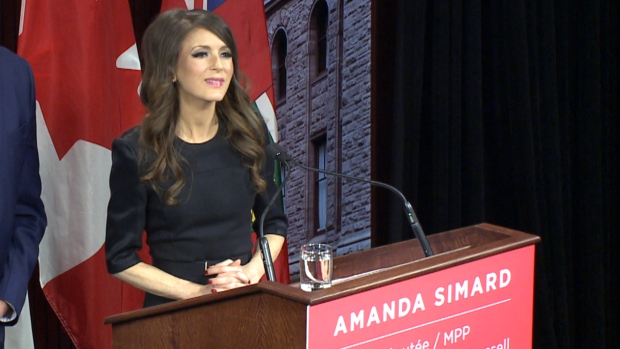 Simard has been sitting as an Independent after leaving the Ontario PC caucus in November 2018. The MPP called her time as an Independent “very important” and said it “meant a lot” to her career as a politician.

“Over the past year, sitting as an Independent, I reflected on my next steps,” she said. “I took that time to reflect and consider where I felt most at home.”

“This was not an easy decision.”

In 2018, Simard’s decision to leave the PC caucus, which came after she publicly spoke out against the PC government’s cuts to French-language services, was announced in a letter sent to the Speaker of the House.

“I would like to advise you that effective immediately, I am no longer a member of the Progressive Conservative caucus,” she wrote. “I will continue to take my place in the Legislative Assembly of Ontario as an Independent.” 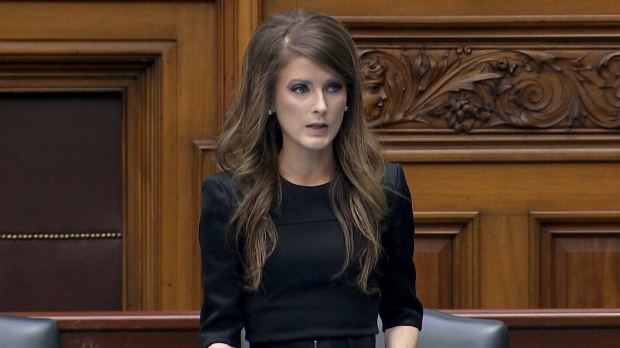 “Simard did something very brave this morning,” he said at the time. “It takes a lot of courage. I know that all of us on the opposition side, the Greens, the Liberals and the NDP welcome her on that side.”

He echoed this sentiment while introducing Simard as the political party’s newest member on Thursday.

“Amanda has been a fierce advocate for the Francophone community, protecting French-language rights and promoting Francophone culture,” he said.

“She stood firm in opposing Doug Ford’s reckless cuts. She is principled, energetic and committed to working hard on behalf of her constituents.”

Simard said she is excited to see the Ontario Liberal Party grow this year.

Six people have entered the Ontario Liberal leadership race, which has moved into its next phase ahead of the March 7 leadership convention.

The Ontario New Democrats issued a statement regarding Simard's move on Thursday afternoon.

"We understand that former Progressive Conservative MPP Amanda Simard has reached a deal with the Liberals to join them, and we wish Simard luck as she continues to represent the people of Glengarry-Prescott-Russell."