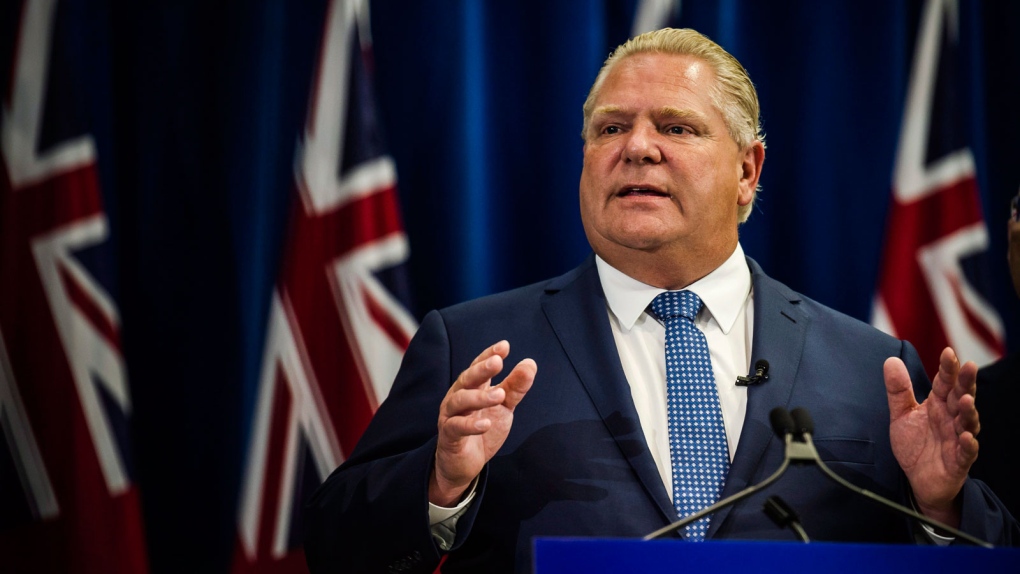 Premier Doug Ford says his government will “get rid” of Bill 148, the labour reform law that raised minimum wage and gave part-time and contract workers job security and protections.

In a surprise statement during question period, Ford announced the repeal of the bill, claiming the issue was top of mind when he talked to “thousands and thousands of people” across the province.

The premier was asked about the his decision again during an afternoon press conference, and would only say his government "will talk" about the specific plans. He would not confirm whether the decision had been finalized, but noted his intention to scrap the bill should come as "no surprise."

The bill, passed by the previous Liberal government last November, brought sweeping labour reforms. It included changes like mandating employees be paid three hours’ worth of wages if a shift was cancelled within 48 hours. The legislation also extended emergency medical leave to ten days, two of which are paid days,and enacted equal pay for equal work.

The bill would also have raised the minimum wage to $15/hour in 2019, but Labour Minister Laurie Scott announced a “pause” last week, freezing wages at$14/hour.

Ford said on Friday wages would likely rise “in two years” without giving any firm commitments on how much of a raise minimum wage employees would get.

Pam Frache, with the group Fight for $15 & Fairness, called the government’s intent to scrap the bill “cruel and egregious.” She defended the emergency leave provision as being a “lifesaver” for families with young children.

“These are not perks for workers,” Frache told CTV News Toronto “These are basic tools to help people survive.”

Frache stressed that “rolling back labour rights by decades” would affect millions of workers across the province. She is calling on the premier to “do the right thing.”

Ford’s decision is in line with the Ontario Chamber of Commerce, which called for an “immediate repeal” of Bill 148 in September.

“Bill 148 has led to a substantial decrease in staff hours and capital investment as well as an increased reliance on automation,” said a statement from Rocco Rossi, president of the OCC.

Parts of the law came into effect in 2018 and other portions are scheduled to be implemented in 2019.

Frache said while Ford’s statement was “disappointing,” it isn’t final.

The government will have to enact new legislation that rewrites Ontario’s labour laws.