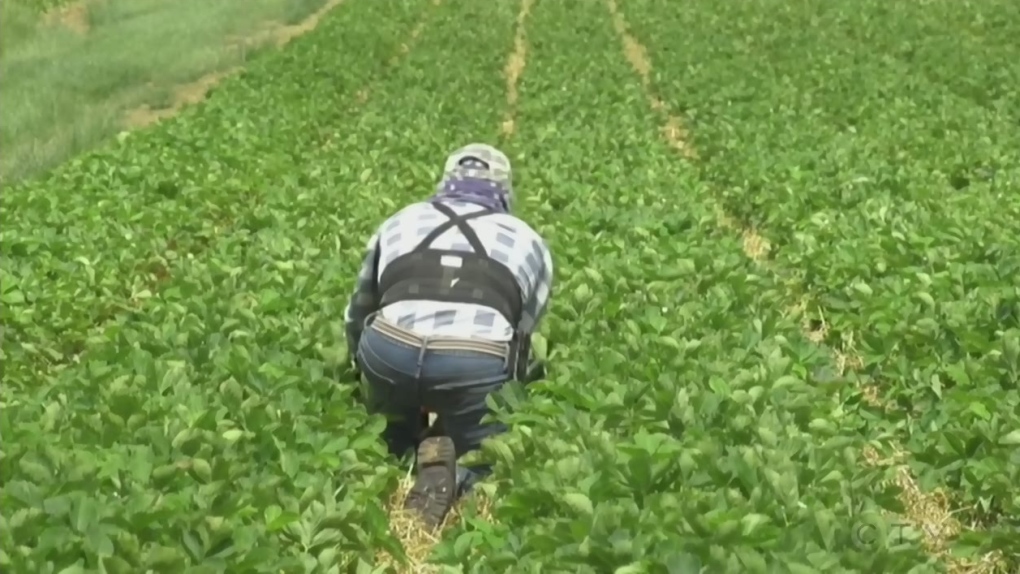 Farmers who employ migrant workers are urging the federal government to waive the negative COVID-19 test result required before the employees can fly to Canada, saying the cost of the tests in certain countries are proving to be a barrier for some.

The Ontario Federation of Agriculture, which represents thousands of farmers across the province, said it has been working with Ottawa to find ways to accommodate migrant workers travelling to Canada for jobs in the agriculture sector.

Keith Currie, director of the group and a farmer in Collingwood, Ont., said farmers have recently been discussing the pre-departure tests, which can cost hundreds of dollars in some countries and may also be hard to access.

"(The travel requirements) put in place, we understand this is for the right reasons, for health reasons, but how can we alleviate some of these issues, are there different measures we can take," said Currie.

The past year has seen a shortage of workers on farms because of the pandemic, Currie said, noting that employers are eager to help their workers get on the job.

Employers of migrant workers have suggested to Ottawa that the workers simply be tested in Canada, where they have to complete a mandatory 14-day quarantine period upon landing, said Currie.

"We're continuing to work with various government officials to see how we can alleviate this situation so that it's not too disruptive to the flow of the workforce that we desperately need to come into the country," he said.

In addition to looking to the federal government for support, Currie said farmers are also considering shouldering the costs of the tests for their migrant workers.

"Not having the labour to run your operation certainly is a lot worse than having to bear the extra costs of testing," he said.

The pre-departure testing requirement kicked in earlier this month.

All air travellers coming in to Canada must now get a negative COVID-19 PCR test result 72 hours prior to their scheduled departure.

Those tests, however, can be expensive. In Mexico, they can cost up to $350, said migrant rights advocate Chris Ramsaroop.

"We're indebting (migrant workers) further, prior to them even arriving in Canada," said Ramsaroop, president of Justice for Migrant Workers.

He said employers and the Canadian government should be responsible for ensuring that migrant workers have access to testing, instead of the onus being on the individual worker.

Anton, a migrant worker from Trinidad who asked that his full name not be used for fear of losing his job, said the extra cost of a COVID-19 test could be used to pay for his family's groceries back home instead.

"You have to pay for your COVID test back home, which is unfair," said Anton, who has been working in southwestern Ontario for the last eight years. He plans to go home to Trinidad in a few weeks and then return to work in Ontario in the summer.

"We come over here to make our living and make money for our family," he said. "The amount of money you have to come up with (for a test), if you don't have it, you cannot come."

In an email statement, Employment and Social Development Canada said temporary foreign workers are subject to the same requirements as all travellers to Canada.

It said it is working closely with other departments to ensure safe and timely entry of temporary foreign workers in order to maintain Canada's food supply chain, and that the government is monitoring the situation.