Emergency workers twice as likely to suffer from PTSD 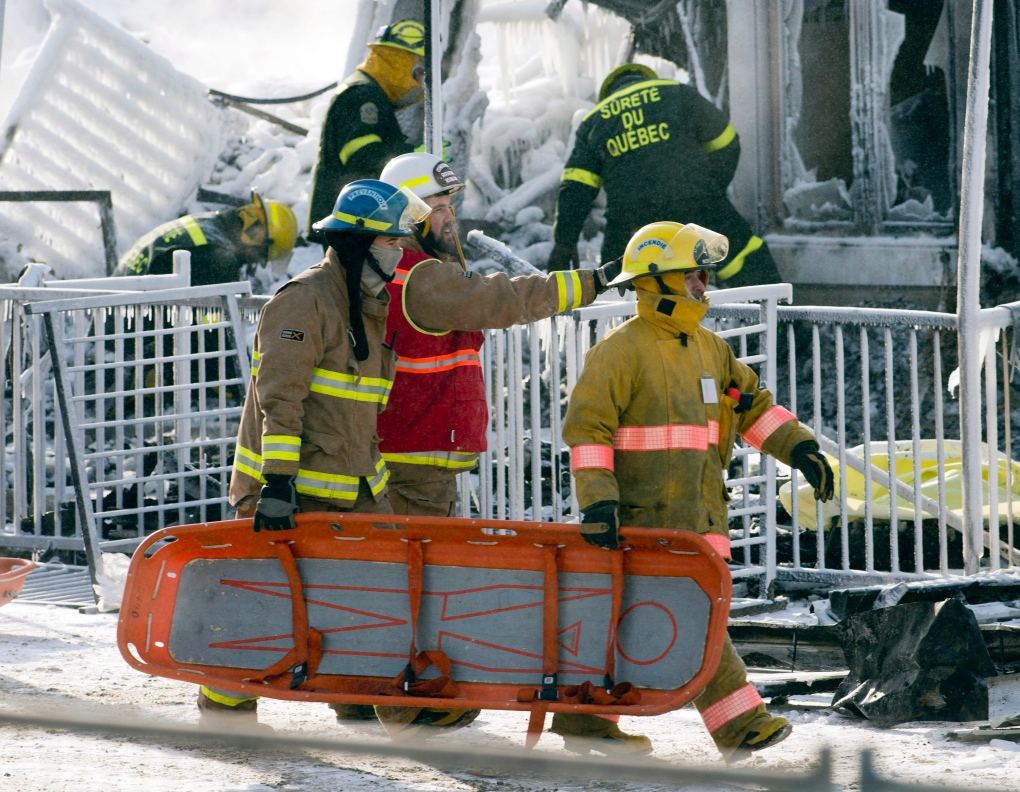 Emergency workers carry a stretcher as the search through the frozen rubble of a seniors residence continues Friday, January 24, 2014 in L'Isle-Verte, Que. (Ryan Remiorz / THE CANADIAN PRESS)

They are seen as heroes in the public eye but even the strongest among us suffer from mental health problems.

Firefighters, paramedics and police are asked to respond to the most traumatic situations --accidents, fires, murders. The sights they deal with on a continuous basis would leave most people in shock.

A study out of the University of British Columbia found that emergency personnel suffer post-traumatic stress at twice the rate of the average population.

Post-traumatic stress disorder, or PTSD, is a type of mental health disorder that can appear after a traumatic event, or even a series of traumatic events. It’s something Toronto Fire’s Brian McAlinden says can build up over time.

“It’s like taking a drop of water and putting it in a cup. These drops add up,” McAlinden told CP24.com.

“Calls could have been tremendous in nature and a lot of people can handle it really well, but the last drop might be the smallest one and trigger the whole thing. As these drops build up it’s eventually going to get to the brim.”

McAlinden is the Acting Captain of Toronto Fire’s Peer Support and Critical Incident Stress Team. The team is comprised of people within Toronto Fire volunteering their time to take calls from fellow firefighters who respond to traumatic calls.

Most of the personnel come from operationsand have served as frontline firefighters at some point in their careers. They take training seminars where they learn coping skills and go to workshops on identifying issues and how to approach them.

As much support as they make available, thereis still a stigma among firefighters that makes seeking helpdifficult.

“They don’t want to appear the weakest guy on the team. But we’re trying to let them know, it’s not a sign of weakness, there’s no hiding the fact that it hurt,” McAlinden said.

“There is no cast, there is no bandage. We’re trying to get rid of the stigma. It’s needless; you try and tell the guys.”

McAlinden says family members should look out for symptoms of mental health issues if they believe they need help. Departure from normal behaviours, including increased drinking, change in dietary habits, sleep patterns, or mood swings, could all be signs of struggling with mental health problems.

Toronto Emergency Medical Services has taken a different approach at preventing PTSD. Toronto EMS has offered an in-house psychologist for more than 18 years. Moreover, a peer support team will be proactive and approach paramedics who have been at the scene of a tragedy as opposed to waiting for them to seek help.

“This is a profession where they’re putting everyone else first. Nobody calls them because it’s a good day. They experience life’s tragedy and are expected to continue doing their job every day,” Gray said.

“Our approach is let’s reach out very early on. Let’s look at the day it happens, the death of a child, a multiple shooting- that day. Let’s reach out before we see the signs and symptoms.”

President of the Toronto Police Association Mike McMormack says the way police officers look at their mental health has changed dramatically as well.

“I think the culture in policing had a sort of paradigm shift toward mental illness and those kinds of effects the job can have on someone,” McMormack told CP24.

“PTSD has been recognized as a serious issue. We are a lot more proactive now. In my early days,the officers acted with more bravado. That’s sort of broken down.”

In 1998,Toronto Police introduced the Employee Family Assistance Program, which allows officers to anonymously call in support for a range of problems ranging from stress at work, to problems at home.

“We find more officers utilize the service. Something close to 13 to 18 percent of officers use the services we offer to deal with mental health stress,” McCormack said.