Elderly driver dies in hospital after three-car crash in Vaughan 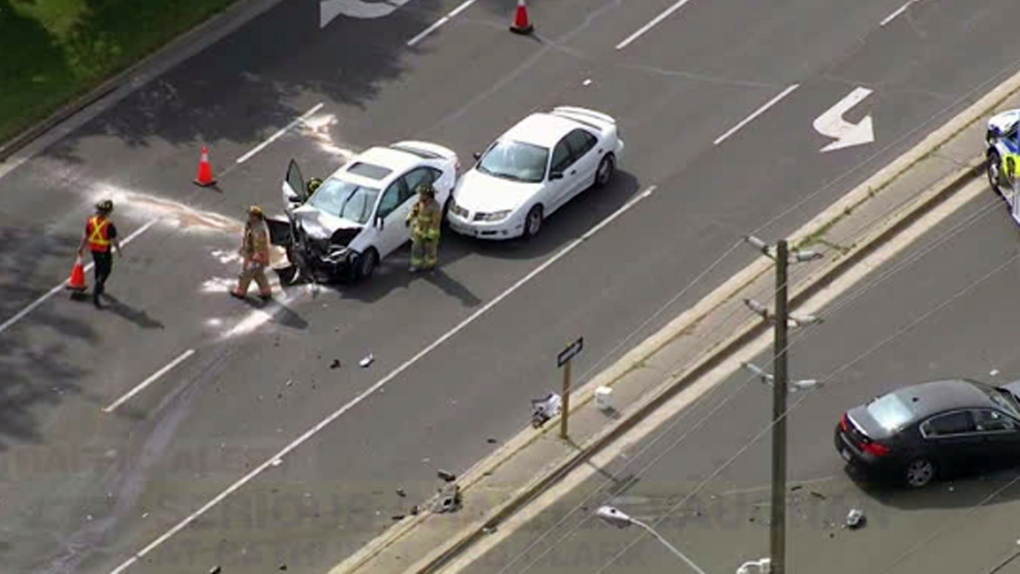 Police respond to a collision at Bathurst Street and Clark Avenue in Thornhill Tuesday July 9, 2019.

A 76-year-old driver has died in the hospital after a three-vehicle collision in Vaughan Tuesday morning.

Police say they were called to the intersection of Bathurst Street and Clark Avenue West around 10 a.m.

According to a news release issued by York Regional Police, a black infinity G37 struck a white Toyota Corolla and a white Pontiac Sunfire.

The 76-year-old driver of the Toyota Corolla was transported to hospital with life-threatening injuries, police said, but he later died in hospital.

Police said that the 73-year-old driver of the Infinity was transported to the hospital with minor injuries while the driver of the Sunfire was uninjured.

The investigation is ongoing and police say they are looking to speak with any witnesses or drivers who may have dashboard camera footage of the collision.

Anyone with information is being asked to contact police or to reach out to Crime Stoppers anonymously.