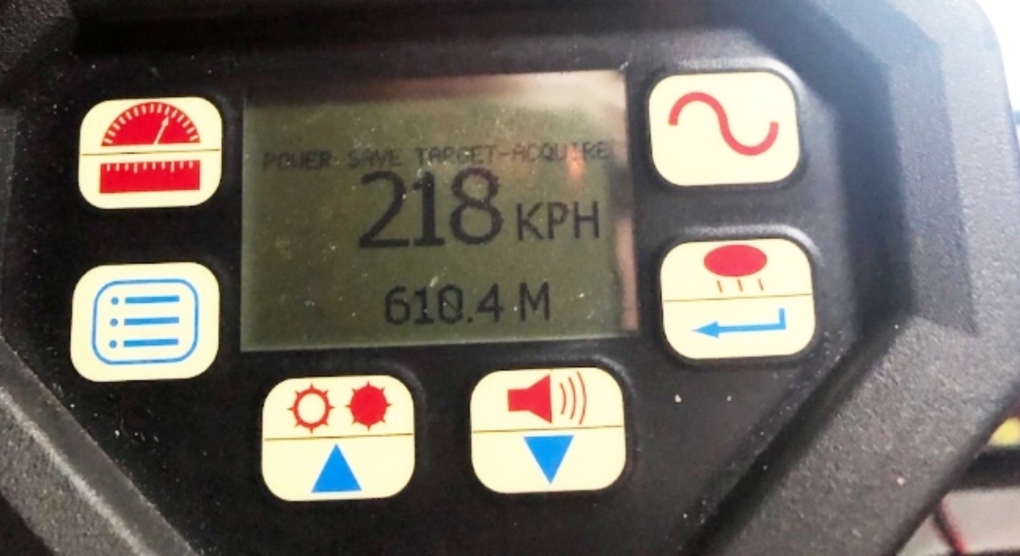 An Oakville driver has been charged after allegedly going 218 km/h on Highway 400 in Toronto. (OPP handout)

TORONTO -- A 19-year-old driver of a luxury car was caught allegedly going 218 km/h on a highway in Toronto.

Ontario Provincial Police Sgt. Kerry Schmidt said the Oakville man was driving with another man in an Audi TT when they were pulled over in the southbound lanes on Highway 400 near Finch Avenue around 1 a.m. on Tuesday.

The posted speed limit in the area is 100 km/h. Driving more than 50 km/h over the posted limit is considered stunt driving in Ontario.

"A Boeing 737 takes off at approx. 250 km/h," Schmidt wrote on Twitter. "This driver's flight plan was interrupted by OPP."

A Boeing 737 takes off at approx. 250 km/h.
This drivers flight plan was interrupted by #OPP

The driver has been charged with stunt driving and careless driving, Schmidt said.

Motorists caught stunt driving can face up to a $10,000 fine, an immediate seven-day licence suspension and a seven-day vehicle impounding.