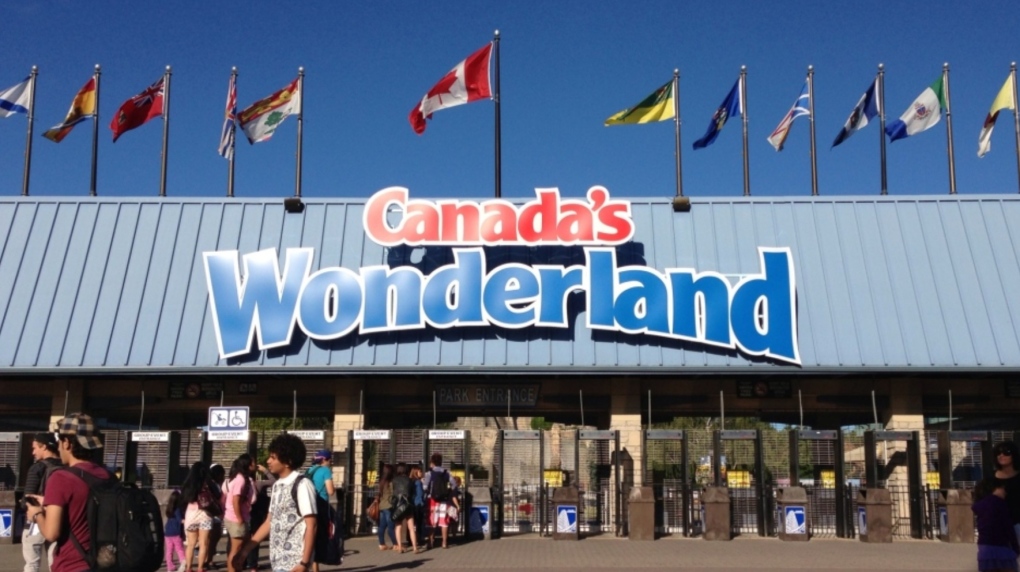 Canada's Wonderland is seen in this undated photo. (Bryann Aguilar)

TORONTO -- Officials north of Toronto said Sunday they are planning to open a vaccination clinic at Canada’s Wonderland.

In an e-mail sent to CTV News, York Region’s medical officer of health, Dr. Karim Kurji, confirmed that they are eyeing to set up drive-through vaccination clinics at the Vaughan amusement park and the Markham Fairgrounds.

Kurji said details are currently being worked out. Canada’s Wonderland is closed but has announced plans to reopen in May if the province gives the green light.

In addition to the two sites, the doctor noted that the region is planning multiple fixed vaccination clinics and mobile clinics as well as an outreach program for areas disproportionally affected by COVID-19.

“Details are currently being finalized for five static vaccination clinic locations to be located in the Town of Newmarket, Town of Georgina, City of Richmond Hill, City of Markham and City of Vaughan,” Kurji said.

“Sites are being chosen based on accessibility criteria, population distribution and vulnerability.”

The doctor noted that the sites are subject to change based on capacity and operational needs.

“The supply of COVID-19 vaccines is not arriving all at once, so distribution is happening in stages,” Kurji said. “When more supplies become available, vaccines will be offered to everyone who wants one in the priority order.”

Other municipalities in the Greater Toronto Area have recently announced their plans to open more clinics as they get ready for mass vaccination once supply improves.

Last week, Toronto officials released the locations of nine clinics that will be used to inoculate residents. Peel Public Health also announced additional vaccination sites in the region as they ramp up preparations for the vaccine rollout.

So far, Health Canada has approved the Pfizer-BioNTech and Moderna COVID-19 vaccines for use. Inoculations in the province have hit a speed bump due to delivery delays and reduction of doses shipped. However, officials said they are expecting thousands of doses to be delivered this week. On Friday, Prime Minister Justin Trudeau said Pfizer will ship four million doses to Canada by the end of March.

The federal government also announced that it ordered four million more doses of the Moderna vaccine, and Pfizer will deliver 10.8 million vaccine doses between April and June.

- with files from the Canadian Press