TORONTO -- About two dozen people lined up outside one of Toronto's oldest bars Tuesday night, counting down the seconds until the city moved into Stage 2 of the province's plan to reopen.

As the clock struck midnight, Hemingway's Restaurant and Bar in Toronto's Yorkville neighbourhood opened their doors and served up some of the first drinks to be poured since mid-March to thirsty patrons. 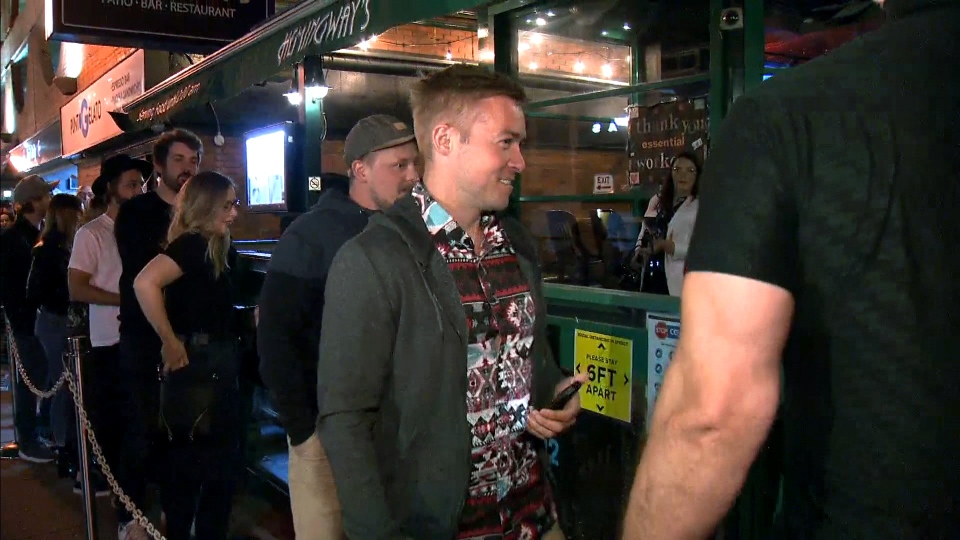 "It's great to be back," said bartender Jeff, who admits that returning to work the late shift feels strange after so many weeks away.

"I feel like I'm just coming out of a coma. It's kind of a late start for me after waking up at 6:30, 7 in the morning for the past couple of months. It feels like jet lag kind of."

Toronto's reopening is welcome news for Hemingway's owner Daimin Bodnar, who said he has spent much of the last three months anxiously awaiting an announcement from the government.

“We were following closely what was happening out west, as far as their reopening guidelines, so we made sure we got ourselves set up. We physically distanced our tables, we redid our floor plan completely so that when the Toronto guidelines came out, we were ready to go," Bodnar said in an interview on CTV News Channel.

“I think Torontonians in general have been very patient and have done the right thing. Three months in, our hard work has allowed us to reopen places now, so [at] 12:01 they wanted to take advantage of it so good for them. It was great to see.”

Mayor John Tory also paid a visit to the Toronto institution Wednesday afternoon and was seen speaking to Bodnar, as well as guests, about the reopening. 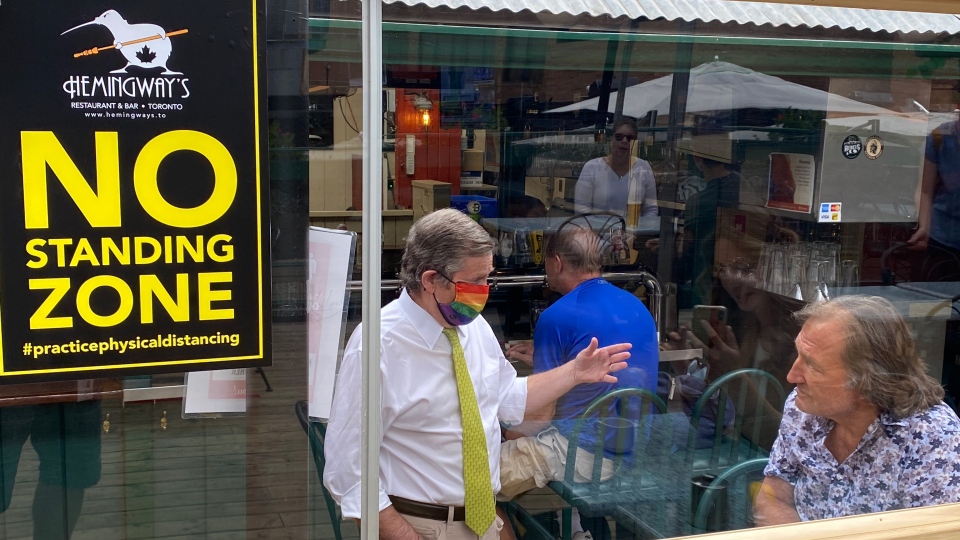 Toronto and Peel both moved into the next stage of the province's COVID-19 recovery plan at midnight on Wednesday.

The two regions officially enter Stage 2 of the pandemic reopening framework, joining nearly all the rest of the province that began ramping up activities over the past two weeks.

Windsor-Essex remains the only region not cleared to move to the next phase, due to stubbornly high COVID-19 case numbers on farms in the region.

Businesses given the green light to resume operations in Toronto and Peel today include hair stylists, pools and tour guide services.

Restaurants are also allowed to reopen their patios for dine-in service, though no one is yet allowed to be served indoors.

In all cases, the Ontario government says proper physical distancing measures must be maintained to prevent a spike in COVID-19 cases.