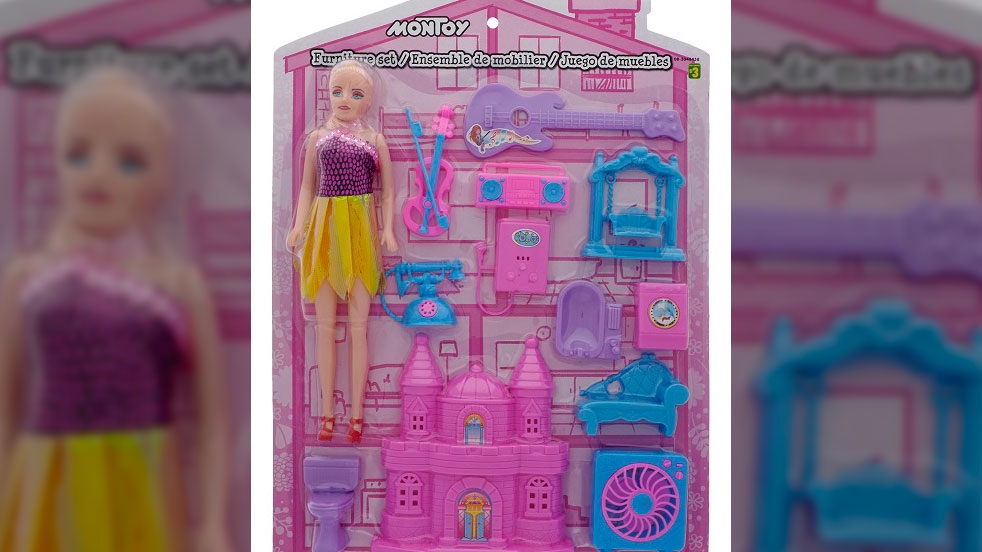 Dollarama is recalling the MONTOY Doll and Toy Furniture Set after discovering it may pose a chemical hazard. (Source: Health Canada)

MONTREAL -- Discount retailer Dollarama Inc. has for the second time this year recalled a Chinese-made toy containing excessive levels of a chemical used in plastic that is a risk to human health.

There have been no reports of injury, but Health Canada says the plastic toy contains levels of phthalates that exceed the allowable limit and may pose a chemical hazard.

The chemicals formerly known as PVCs were restricted in 2010 after studies suggested that children who suck or chew on toys containing them for extended periods may suffer reproductive and developmental abnormalities.

Consumers are advised to dispose of the toy or return it to the store for a refund, and no receipt is required.

Dollarama recalled more than 500,000 "Skip Ball" toys in August that are made of a plastic cord and multi-coloured ball attached to a pink plastic ankle loop that contain higher than allowed levels of phthalates.

That recall applies to toys sold between January 2012 and last July.