TORONTO -- The director of the new movie portraying the late Toronto mayor Rob Ford said the city was “incredibly helpful” in providing access to key shooting locations and did not push back on the film's production.

Directed by Toronto filmmaker Ricky Tollman, the movie was unofficially dubbed “the Rob Ford movie” in 2018, but the director has always stressed that it is not a biopic.

The film follows Bram, who is a struggling rookie journalist played by Broadway actor Ben Platt, as he navigates a changing newspaper industry. 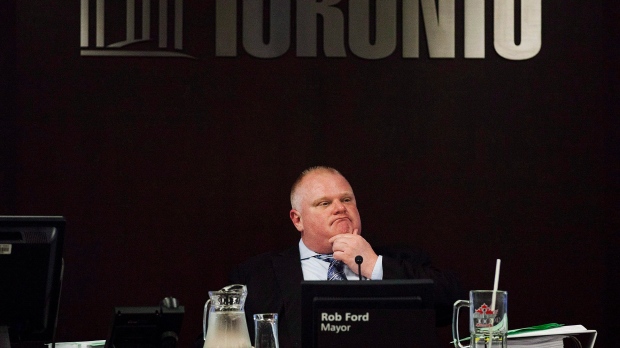 “This could be Bram’s big break — if he had any idea how to be a real journalist,” the film’s description reads.

Speaking to Your Morning on Wednesday, Tollman said the city was very receptive to the film and believes Toronto supports young artists and filmmakers.

“I think anything they were able to do to help us they did,” Tollman said.

News of the movie went viral last spring when Globe and Mail reporter Robyn Doolittle, who covered the Ford crack-smoking scandal for the Toronto Star, tweeted about the film “rewriting” her as a male reporter.

Tollman spoke about the controversy on Wednesday, defending his decision to rewrite Doolittle’s character.

“I didn’t write a story about somebody that is successful and smart and really great at their job and that’s Robyn Doolittle,” Tollman said. “I want to see that movie someday.”

“Our movie is about somebody who doesn’t know how to do his job and gets it because of a family association.”

“When that whole controversy hit it was strange because we were making a movie about the shift from journalism as we knew it to Twitter journalism and the reaction online was shocking.”

Meanwhile, Mena Massoud, who plays the mayor’s special assistant in the movie, said he’s proud to be starring in the film because not enough Canadian stories are told.

“We don’t support the Canadian arts enough in this country, so to be able to come back and tell a Canadian story that we all are familiar with was fun,” Massoud told Your Morning Wednesday.

Run This Town will be in theatres on Mar. 6.

With files from CTVNews.ca staff