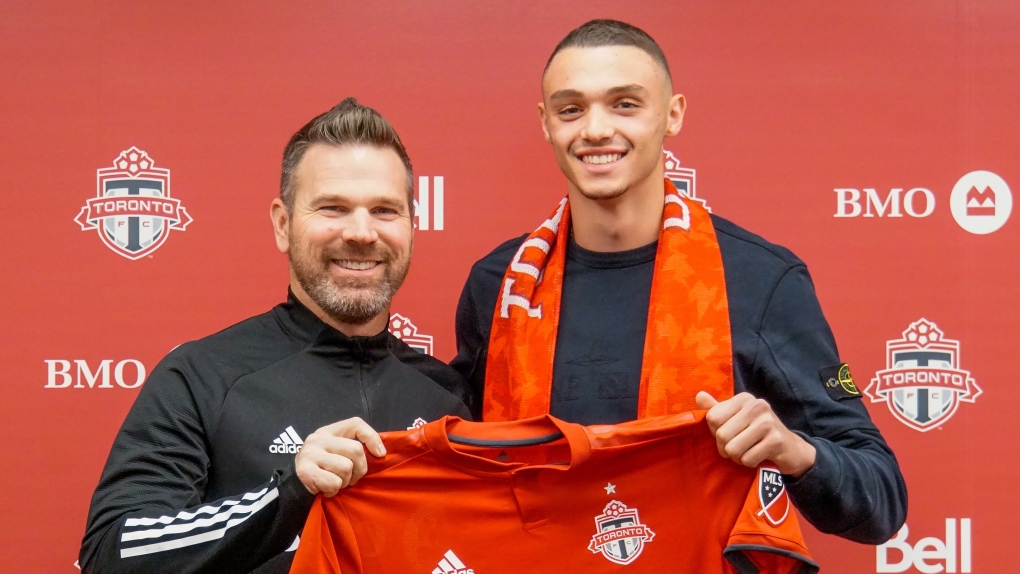 Rocco Romeo and coach Greg Vanney hold up a Toronto FC jersey at the team's training facility in Toronto, Monday, Jan.20, 2020. The MLS club has signed the defender to a contract as a homegrown player.THE CANADIAN PRESS/HO-Toronto FC MANDATORY CREDIT

TORONTO -- Toronto FC has signed defender Rocco Romeo to a contract as a homegrown player.

The 19-year-old from Toronto becomes the 21st player in club history to join the first team from the Toronto FC academy.

Romeo appeared in 10 matches for Toronto FC II during the 2019 USL One regular season. He also had a short loan spell with Danish second-division side HB Koge where he made eight appearances.

"He strives to get better every single day, and we're looking forward to working with him."

Romeo joined the Toronto academy in 2014 and signed for Toronto FC II in September 2017, becoming the 28th player from the academy to sign a pro contract.

The six-foot-two 162-pounder has represented Canada at the under-20 level.

This report by The Canadian Press was first published Jan. 19, 2020.