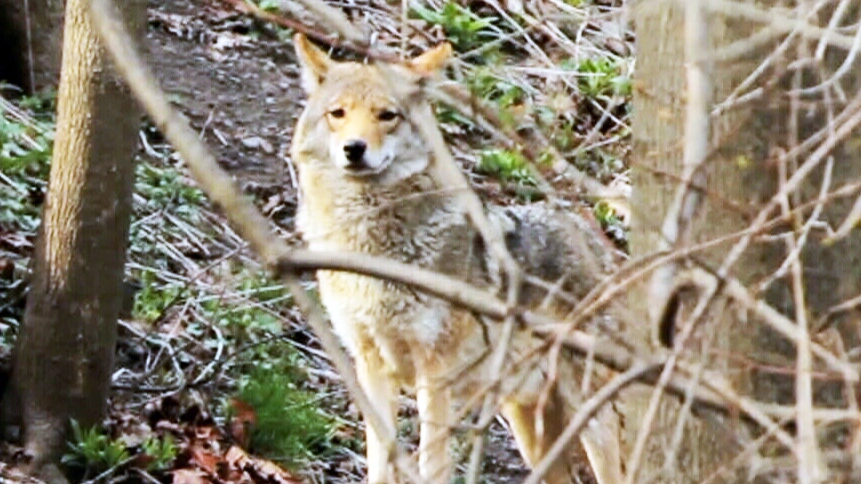 Residents living near ravines or wooded areas in Toronto are being warned they can expect more coyote sightings in their neighbourhoods this time of year.

Coyotes are nothing new in Toronto, especially in the Beaches, where the four-legged canines have become a regular fixture in the east-end neighbourhood.

The animals are more active and visible during the winter months, which is generally their mating season. With a particularly snowy winter, the city says they’ll be easier to spot in parks and ravines.

Residents are being advised to keep their pets supervised and on leashes, and not to approach or feed the coyotes.

Despite the warnings, animal groups say coyotes pose no danger to humans living in urban areas.

Residents in the Beaches tell CTV Toronto there are two coyotes that live in a den up on a hill, and that they are quite curious, venturing out most mornings and most evenings.

Adrianne Johnstone, who lives in the neighbourhood, regularly spots the animals.

“We see them when we go on walks in the morning and they keep their distance,” she told CTV Toronto.

Coyotes have also been known to frequent Tommy Thompson Park, located at the foot of Leslie Street, and roam the Don Valley.

Wildlife officials say coyotes are wary by nature and are generally more comfortable roaming the residential neighbourhoods when fewer people are outside.

But there have been some encounters, with tragic consequences.

Chris Peters’ dog, a Maltese named Cujo, died after he was attacked last February by a coyote.

Peters was featured in a 2013 documentary ‘Neville in my Backyard,’ about the so-called Neville Park coyote.

The animal, which is believed to have “moved in” to the neighbourhood four years ago, had residents deeply divided on how to deal with the wildlife.

“There are no repercussions for them, they can run around our property, kill our pets and we’re just supposed to just sit here and take it.”

But Robert Meerburg, of Toronto’s Animal Services, said the city can’t just “get rid” of a neighbourhood coyote.

“It’s not that easy to do, the coyote is in the city and it lives here,” he said.

Last February, the Toronto Wildlife Centre condemned the killing of a coyote by police after several reports a wild animal roaming the downtown area.

Police said they shot the animal because it was repeatedly entering a residential neighbourhood, acting aggressively in search of food.

The wildlife organization maintained that the killing was not an appropriate way to deal with what amounts to fears and misconceptions about coyote behaviours in an urban setting.

How to co-exist with urban coyotes

To minimize “negative encounters” with coyotes, the city of Toronto provided a tip sheet to residents:

With a report from CTV Toronto’s Dana Levenson