COVID-19 outbreak in schools could happen on first day back, Ontario premier admits

TORONTO -- As Ontario Premier Doug Ford continues to defend his government’s back-to-school strategy in the face of growing criticism, he said in the strongest terms yet that he would act quickly to shut down schools that experience an outbreak of COVID-19.

"If it really starts taking off, I will not hesitate for a second to close schools down," Ford said at a news conference on Monday. "In the blink of an eye, they’re down, they’re done. Bang. Closed."

Ford made the comments while acknowledging that there will be “bumps in the road” when class resumes in a little over two weeks and admitted that an outbreak could occur as early as the “first day.”

“We will get through it like we were able to get through every other challenge the world, the country and this province has seen,” Ford said.

The remarks come amid mounting tension between the government and the province’s four major teachers’ unions over the back-to-school strategy. On Monday, the unions -- which represent 190,000 teachers and education workers – said that they all plan to file complaints to the province's labour board over the reopening plan, which they say violates its own workplace safety laws.

At issue is class sizes and spacing in schools, specifically for elementary students.

Last week, the government released a detailed plan on how it would respond to COVID-19 outbreaks in schools. The plan stipulates that a local public health unit can recommend the closure of a class, cohort or school. 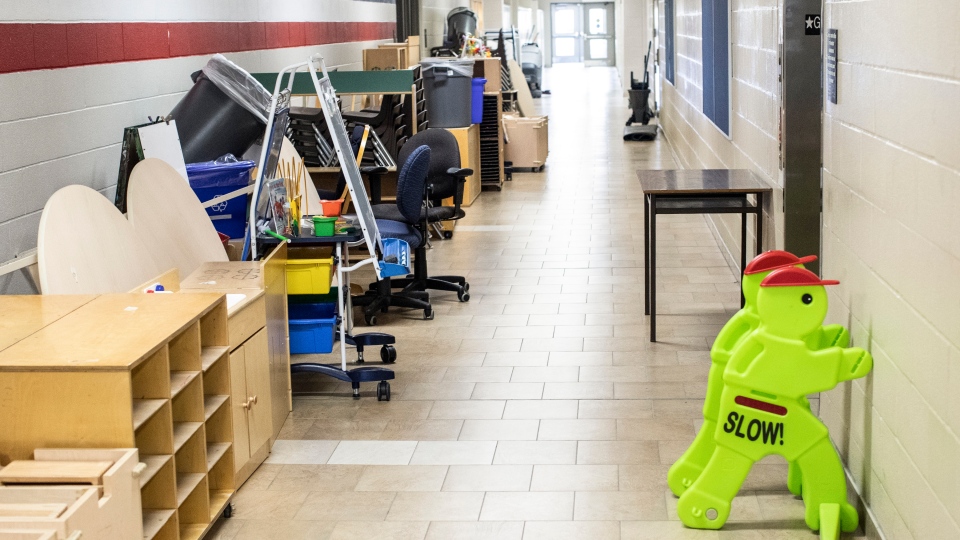 As well, boards can consider closing down a school if there is evidence of “substantial widespread transmission,” such as if there are cases across numerous cohorts or if a number of cases have no known source outside the community.

In the case of an outbreak, schools will apply “outbreak measures” such as the use of signage, limiting extracurricular activities, and managing the movement of students and staff.

Despite that, in July Ontario’s Associate Chief Medical Officer of Health Dr. Barbara Yaffe said that an entire school closure would be very unlikely.

"It would be extremely rare, in consultation with public health, that a whole school would need to be closed,” Yaffe said at the time.

Reflecting on her own professional experience with the SARS outbreak in 2003 and H1N1 outbreak in 2009, Yaffe said there was “some panic” in the beginning with principals wanting to close school, but this is almost never required.

With files from Katherine DeClerq and The Canadian Press.