The parents of a then 13-year-old boy shot in the head at the Eaton Centre in 2012 told the courtroom their son has received a life sentence while reading victim impact statements at the shooter’s second sentencing hearing on Tuesday.

As a slideshow full of images of Connor Stevenson throughout his childhood was displayed inside the Toronto courtroom, his father Craig Stevenson said “no child should have to wear a helmet at his Grade 8 graduation because half his skull is missing.” 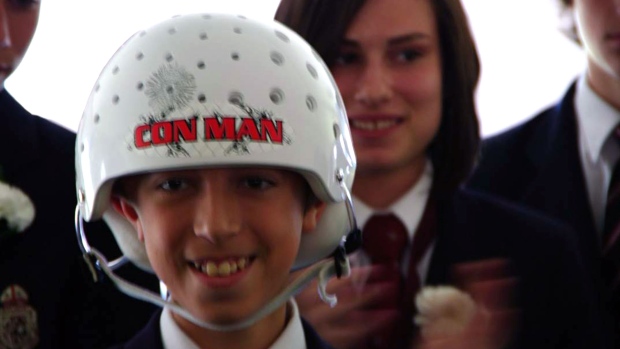 Christopher Husbands was first convicted on two counts of second-degree murder in the shooting that left two people dead and six others, including Connor Stevenson, injured. A new trial was ordered for Husbands as it was later found that the judge had made an error in law regarding jury selection.

In February 2019, Husbands was retried and found guilty on the lesser charges of two counts of manslaughter and five counts of aggravated assault, along with one count each of criminal negligence causing bodily harm and reckless discharge of a firearm. 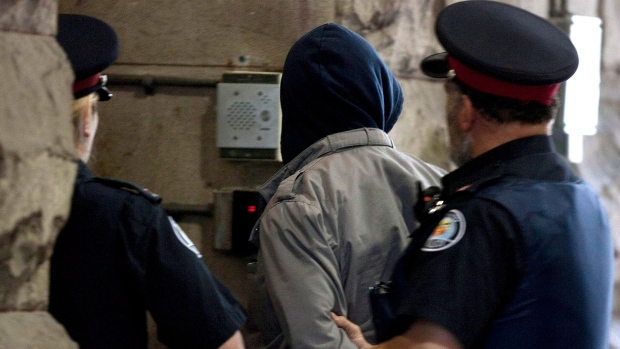 Two men were killed in the shooting, 24-year-old Ahmed Hassan died on the floor inside the downtown mall, while 22-year-old Nixon Nirmalendran died in hospital nine days after the incident.

Connor Stevenson was shot in the head as 14 rounds were fired off inside the food court of the busy shopping centre. 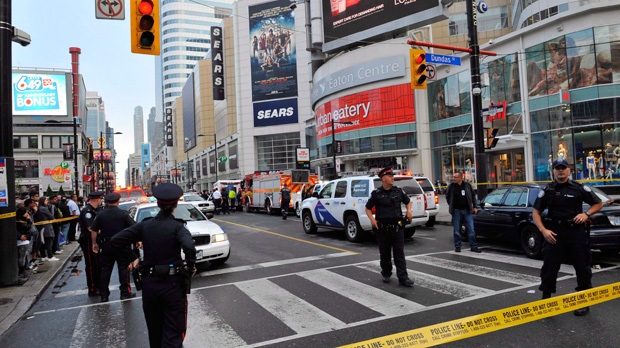 Police set up a perimeter outside the Eaton Centre following a shooting at the shopping mall in Toronto on June 2, 2012. (The Canadian Press / Victor Biro)

Speaking with CTV News Toronto ahead of the sentencing hearing, the now 20-year-old said the judicial system has been upsetting and does not seem to be fair.

At the hearing, Connor Stevenson’s parents echoed their son’s sentiment. 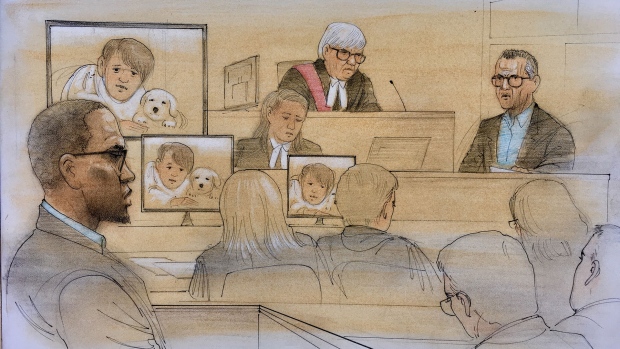 Craig Stevenson reads his victim impact statement on August 6, 2019 as a slideshow of images of Connor Stevenson is shown and Christopher Husbands looks on. (CTV News Toronto / John Mantha)

“Our nightmare will never end.”

Speaking outside of the courthouse after reading his statement and showcasing photos of his son, Craig Stevenson said Christopher Husbands showed a "pretty bland" expression inside the courtroom.

“The point was to really tell a story and help the judge, also the criminal know who Connor was, who was back in 2011 and who he became after the shooting and we really wanted to express that a picture is worth 1,000 words and it really was the opportunity to show who Connor was and the actual impact it had on our family.”

His mother Jo-Anne Finney said her son sustained permanent brain impairment as a result of the shooting.

“It is Connor who received the life sentence,” she said. 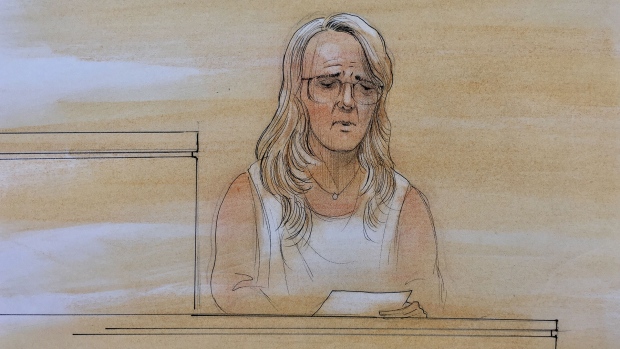 Husbands sat in the prisoner’s box unshackled wearing a grey suit with a light blue shirt and listened to the victim impact statements on the first day of his second sentencing hearing.

He previously admitted to being the shooter in the incident but his lawyers argued he should be found not criminally responsible due to mental illness. His defence team said Husbands was in a dissociative state due to post-traumatic stress disorder and did not have control over his actions at the time as a result.

In June of this year, prosecutors said they will be seeking a life sentence for Husbands, noting the killings should be considered “near murder.”

Speaking beside his parents outside the Toronto courtroom, Connor Stevenson said he didn't really look at the man who shot in six years ago. 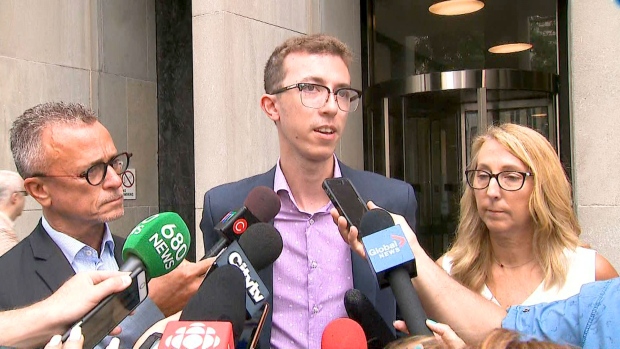 Connor Stevenson is seen speaking to reporters outside of a Toronto courtroom on August 6, 2019 alongside his parents. (CTV News Toronto)

“I think what has changed my life the most is actually seeing how this trial process has gone. I thought I lived in Canada, I thought we had a system where people who murdered people in the middle of a mall in Canada go to jail for it and not be out in seven or 10 years. That’s what really changed my life – it changed my view of the country we live in.”

Manslaughter carries a maximum sentence of life in prison without the chance of parole for seven years. Husbands, who has spent seven years behind bars, will be credited for time already served.