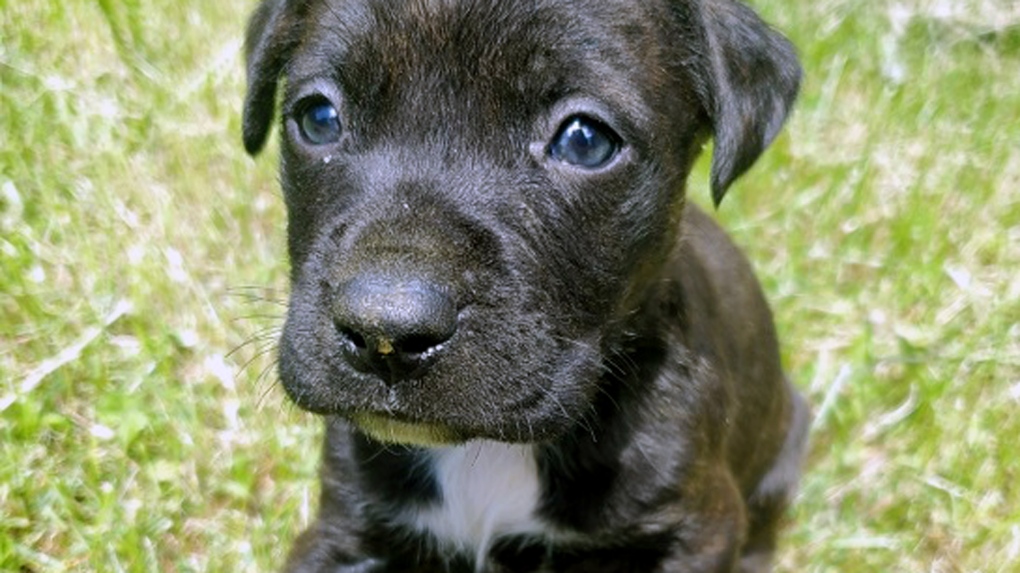 One of two stolen puppies is seen in this image. (Peel Regional Police)

TORONTO -- Two puppies allegedly stolen from a woman in Brampton earlier this week have now been reunited with their owner, Peel Regional Police say.

Investigators previously said that a woman attempting to sell two bulldog puppies met up with three potential buyers in the area of Bovaird and Conestoga drives shortly after 7 p.m. on Monday.

Police said at some point during the transaction, the woman discovered that the three men were trying to steal the puppies.

When she tried to retrieve the dogs, police said the men allegedly assaulted her and took off in their 2017 white Hyundai SUV.

According to investigators, the woman followed the men and when they were stopped at a traffic light, she got out of the vehicle and attempted to recover the puppies.

Police say the suspects then “accelerated away and dragged the victim” for a short distance.

In a news release issued on Thursday, police confirmed that the puppies have been found safe and three men have now been charged in connection with the case.

Police say one of the puppies had been purchased by a member of the public but the citizen turned the dog over to police after they learned that it had been stolen.

Both puppies have now been returned to their owner.