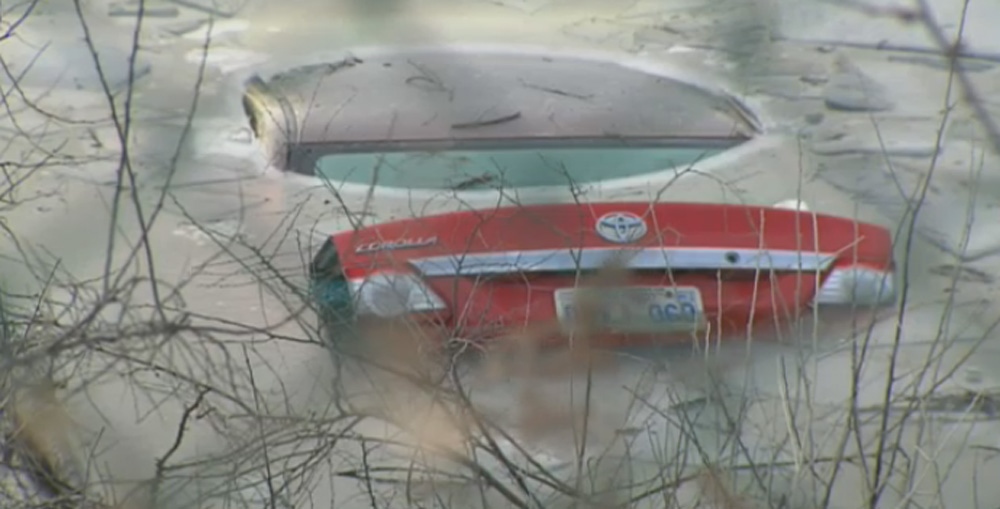 A car is submerged in a pond near Kennedy Road and Progress Avenue on Thursday, Feb. 11, 2016.

A woman was taken to hospital with minor injuries after her car hopped a curb, drove underneath a fence and ended up in a pond overnight, police said.

Officers were called to an area near Kennedy Road and Progress Avenue at approximately 2 a.m.

Police on scene say the woman was driving in a nearby mall parking lot when she accidentally pressed the gas pedal. The vehicle shot forward, hopped a curb and drove underneath a chain-link fence before travelling down a hill and coming to a stop in an icy pond.

The female driver was able to get out of the car and swam to shore. She climbed a hill and yelled for help, police said.

A passing motorist heard her and called 911. She was taken to hospital with minor injuries, though authorities said she was quite shaken.

On Thursday morning, police officers and tow operators removed the submerged vehicle from the pond.