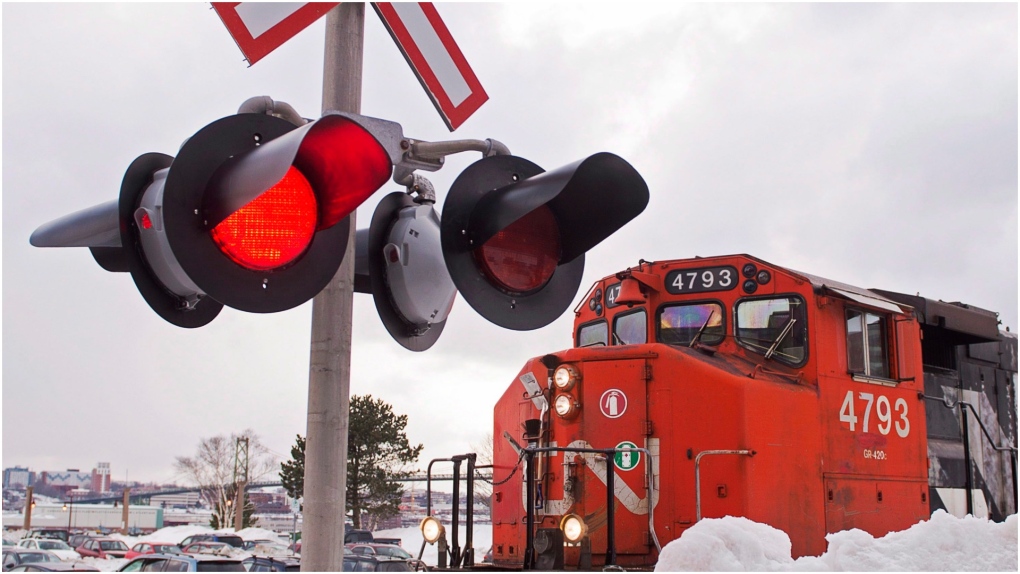 A CN locomotive moves in the railway yard in Dartmouth, N.S. on Monday, Feb. 23, 2015. Canadian National Railways conductors, trainpersons and yardpersons have given strike notice ahead of a Tuesday deadline. THE CANADIAN PRESS/Andrew Vaughan

TORONTO -- Canadian National Railway's conductors, trainpersons and yardpersons have given strike notice ahead of a Tuesday deadline.

The union, which represents 3,200 workers, provided the 72-hour notice today as contract negotiations continue over the weekend.

The Teamsters Canada Rail Conference warned in October it was prepared to launch job action after over six months of unsuccessful talks.

The company says its offer to enter into binding arbitration was declined by the union.

The workers, who are mostly located in major urban centres across Canada, have been without a contract since July 23.

This report from The Canadian Press was first published Nov. 16, 2019.