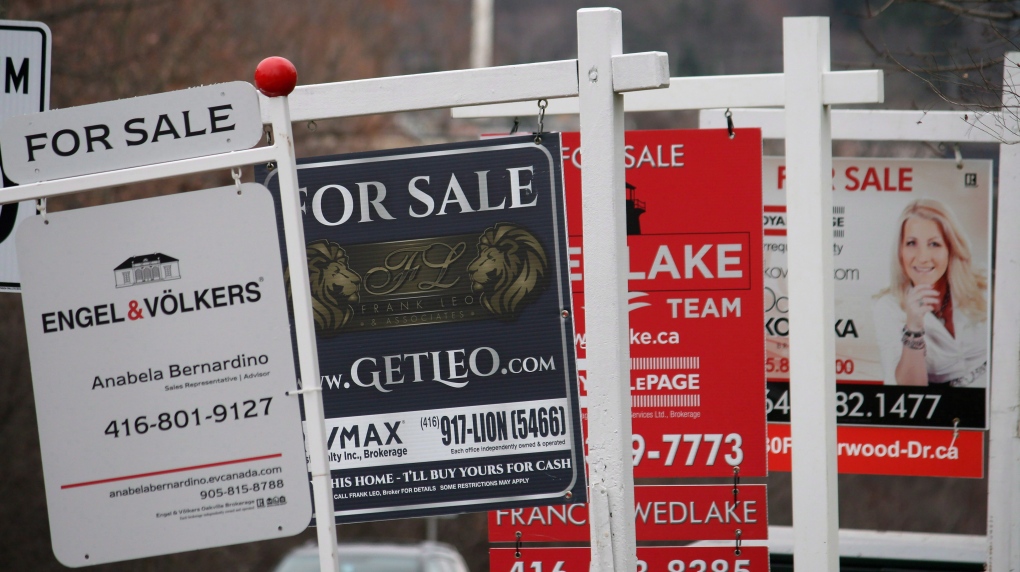 The average price for homes sold last month was down 5.2 per cent from last year as the number of sales dropped to a 10-year low for the seasonally weak month of February, the Canadian Real Estate Association reported Friday.

The national association highlighted the impact of a mortgage stress test that affects federally regulated lenders, including the big banks, but some analysts said February's drop may be due in part to severe winter weather.

CREA said February sales by its members fell 4.4 per cent compared with the same month last year. That is the lowest level for the month of February since 2009 and almost 12 per cent below the 10-year average for the month.

On a month-over-month basis, national home sales in February were down 9.1 per cent compared with January for the lowest level since November 2012. It's the biggest month-over-month drop since the mortgage stress test came into effect in January 2018.

The new stress test requires borrowers to prove that they can service their uninsured mortgage if lending rates go above a certain threshold.

"Only time will tell whether successive changes to mortgage regulations went too far, since the impact of policy decisions becomes apparent only well after the fact," said Klump.

"Hopefully policy makers are thinking about how to fine tune regulations to better keep housing affordability within reach while keeping lending risks in check."

Some analysts however focused on the weather as a key factor.

Doug Porter, chief economist at BMO Financial Group, wrote in a note Friday that February is normally a seasonally slow month even during a tame winter.

"This was most patently not a tame winter month, further bludgeoning a sluggish market," Porter said.

He added that the year-over-year drop in sales was heavily concentrated in British Columbia and Alberta, while the other eight provinces saw a 2.8 per cent year-over-year rise.

Porter said he won't delve into great detail on the housing figures as they're more of a weather report than an economic one at this time of year.

"The true test of market health will come with the warmer spring weather," DePratto wrote in a note.

In its updated outlook for the year, the association said it expects home sales in Canada to pull back by 1.6 per cent to 450,400 in 2019, a change that would mark the weakest annual sales since 2010. The association expected British Columbia to account for much of that projected decrease, as well as continued decline in Alberta.

The national average price is expected to stabilize in 2019 at around $487,000. In B.C., Alberta, Saskatchewan, and Newfoundland and Labrador it forecasts the average home price will retreat, while it will continue to rise in Eastern Ontario, Quebec, New Brunswick, Nova Scotia and P.E.I.