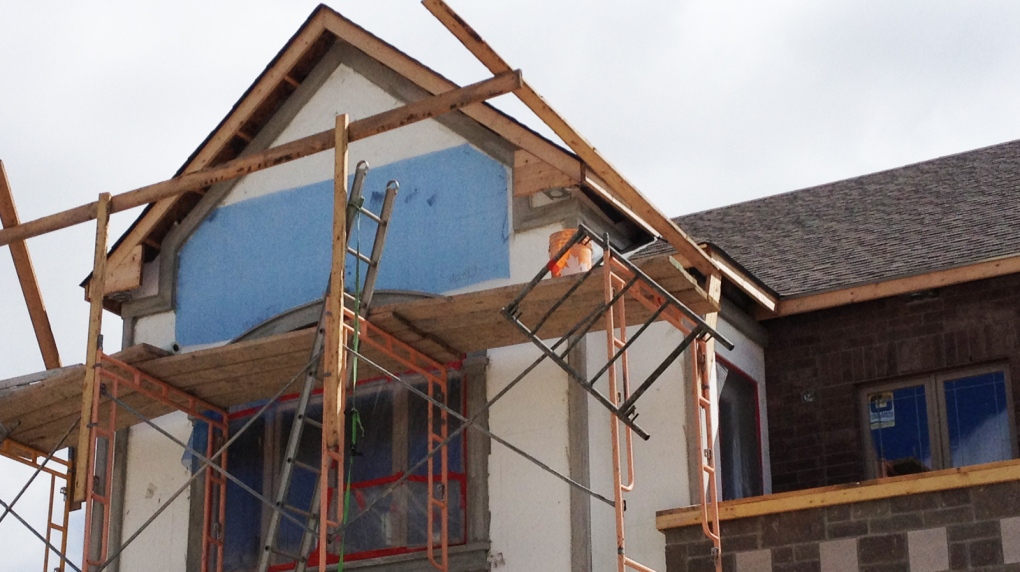 Scaffolding is seen on a house under construction in the Doon South area of Kitchener, Ont., on Wednesday, July 24, 2013. (Nadia Matos / CTV Kitchener)

TORONTO – Ontario's auditor general says the corporation that enforces warranties on new homes has favoured the interests of builders over homeowners.

Bonnie Lysyk released a report today on Tarion Warranty Corp., noting that Tarion requires half of its board of directors to be nominated by the Ontario Home Builders' Association and it consults with the association before changing any regulations.

She says Tarion's processes are often too difficult and time consuming for homeowners to navigate when they want to complain about builders, but builders with poor warranty records continued to get licences.

She also found that senior management was rewarded for increasing profits and minimizing payouts to homeowners, which she says is contrary to a consumer-protection mandate of a not-for-profit corporation.

Earlier this year, the government announced it was transforming Tarion, including taking away the responsibility for providing oversight of new homebuilders and establishing a separate regulator to do that.

Lysyk says Tarion co-operated with her audit and has agreed to implement her recommendations.

This report by The Canadian Press was first published Oct. 30, 2019.