Arrests made in two incidents at Caledon high schools 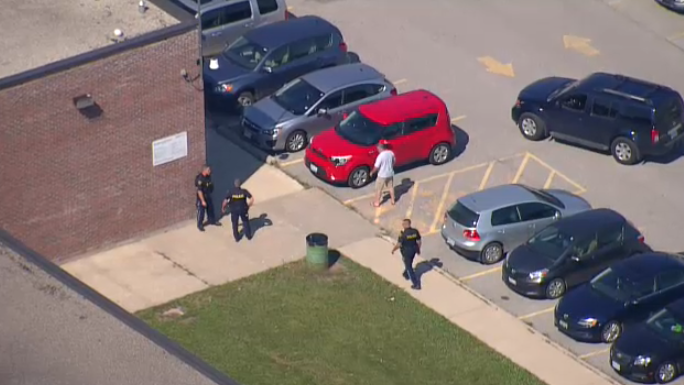 Police are seen on the scene at the Mayfield Secondary School in Caledon, Ont.

The Ontario Provincial Police have made arrests in connection with two incidents that occurred at high schools in Caledon, just north of Brampton, on Wednesday.

Police responded to the first call at Mayfield Secondary School at approximately 1:10 p.m. on Wednesday, after a student reported that he had received a digital photo of a weapon. Police have confirmed that no threats were made, but continue to investigate the incident.

At 1:12 p.m., Caledon OPP also responded to a robbery that occurred in a park next to Humberview Secondary School, located at 135 Kingsview Dr. in Bolton, Ont.

The OPP initially said the two incidents were not related, but after an investigation said they were.

A young female was also arrested and held in custody overnight. Her identity is being withheld due to provisions under the Youth Criminal Justice Act.