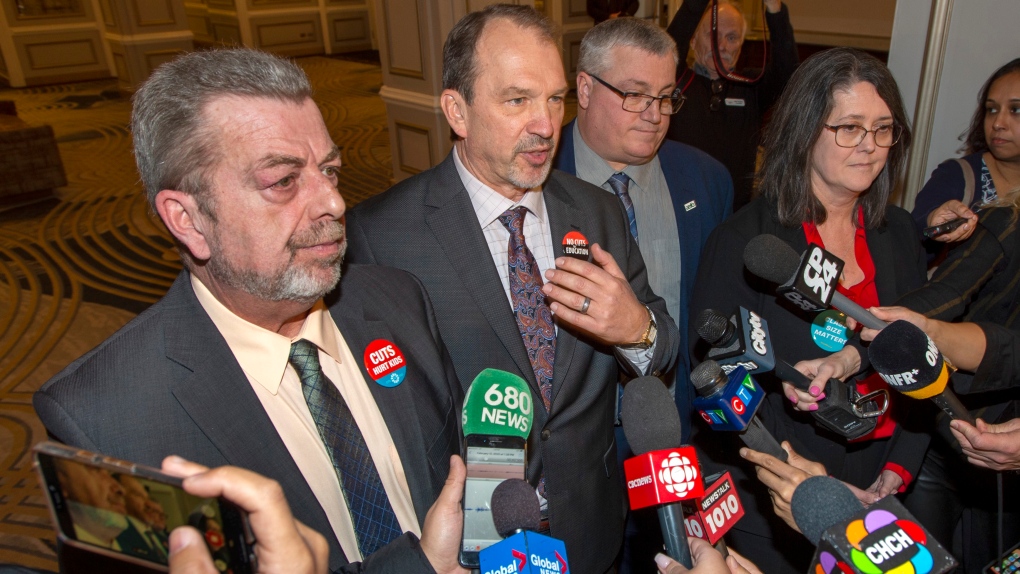 The heads of Ontario four teacher's unions (left to right) Sam Hammond of the ETFO, Harvey Bischof of the OSSTF, Remi Sabourin of the AEFO and Liz Stuart of the OECTA hold a media scrum following a speech by Ontario Education Minister Stephen Lecce in Toronto on Wednesday, February 12, 2020. (Frank Gunn/The Canadian Press)

TORONTO -- With a province-wide teachers strike set to shut down every single public and Catholic school in Ontario on Feb. 21, CTV News Toronto asked the presidents of the four main education unions whether the ongoing strike action is fair to parents.

Here’s how they responded: 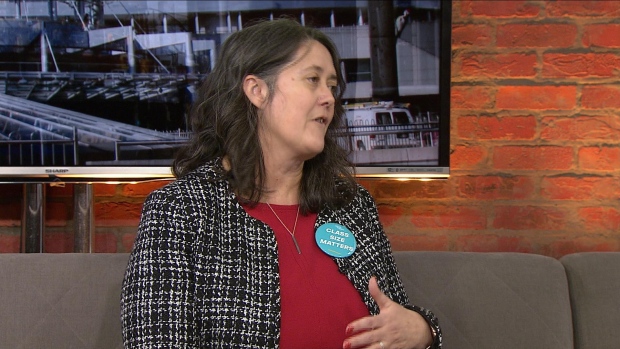 "I think we've been very focused on the future for our students. All of us have talked about the importance of continuing to stand up and fight on behalf of the students of the province. We all acknowledge that it's always difficult when we make the decision to be out on the line, but what will be even worse is if we allow these cuts to go through unchallenged. And we can't do that because it's not just about today, or tomorrow or next week, it's about the future for these students." 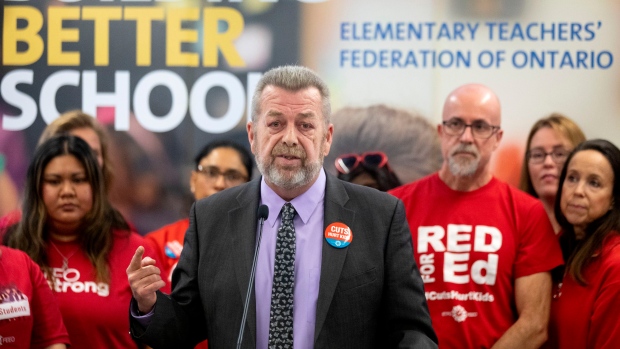 "There's nothing fair or reasonable in terms of what this government is doing. Just let it sink in. We were at the table, we waited 41 days and got three days of meetings, only to have this minister and the government scuttle a deal. Every day this minister is saying we're doing everything we can to get a deal, we're being reasonable. All of these teacher unions, all of our union members, are waiting for them to actually negotiate at the table.” 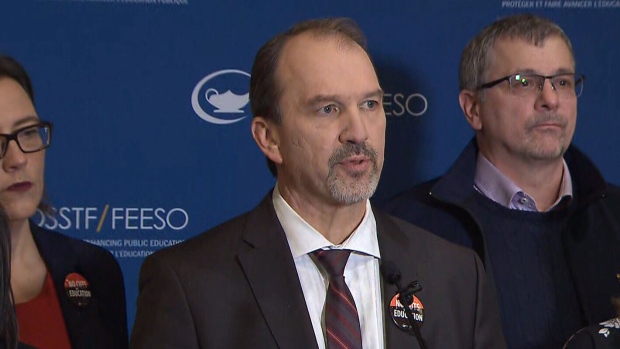 "Let's put this into context, we didn't approach the government with a bunch of outrageous proposals and say if our demands weren't met we were going to take action. On the contrary, on March 15, almost a year ago, they made an announcement unilaterally to cut one out of four high school teachers, to cut elementary teachers, education workers [and] impose e-learning. That wasn't us, that was them and they've stuck to those proposals that will damage students' prospects in the future." 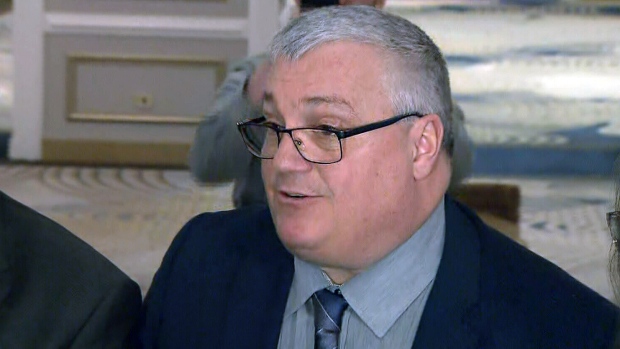 "This is the first time in 20 years that we are where we are; so that's very important. Yes, we're asking a big sacrifice of everybody, but like I said, it's a bigger issue than just a union issue that's going on here. They are trying to return back to 10 years ago in education. Usually, when we're at the bargaining table we're looking for solutions. Let me tell you there's no looking for solutions at the table, it's all about cuts."