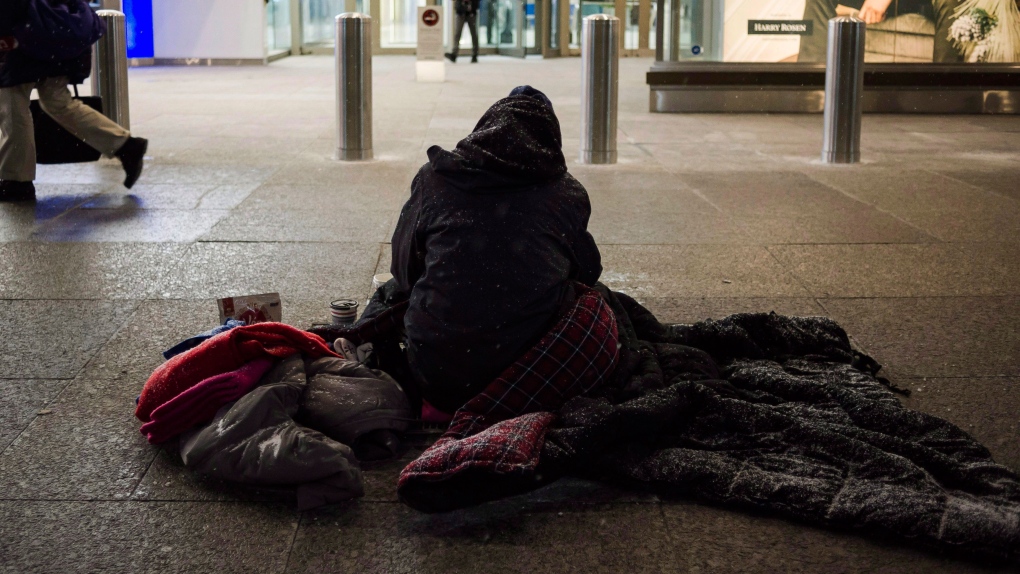 TORONTO -- Anti-poverty advocates are calling for a “rapid and dramatic increase” in shelter spaces in order to ease overcrowding amid a COVID-19 pandemic that has raised concerns about individuals being in close proximity of one another and spawned the term “social distancing.”

The Ontario Coalition Against Poverty (OCAP) and the Shelter and Housing Justice Network (SHJN) held a news conference this morning, where they called on the city and province to take measures to “mitigate the deadly impacts of COVID-19 on homeless people.”

In a news release issued last week the organizations said that there must be a “rapid and dramatic increase in shelter spaces” in order to “allow for social distancing and physical isolation.”

They also said that any expansion should include new drop-in spaces to “compensate for the closure of lunch programs, coffee shops, and municipal facilities like libraries and community centres” which it said has “near eliminated” the infrastructure the homeless rely on for food, indoor space and sanitation.

The city currently has more than 7,000 shelter spaces but the system is typically stretched to its capacity. On Sunday night, about 94 per cent of all spaces were occupied. In facilities for men and youth the occupancy rate surpassed 98 per cent.

In addition to efforts to increase shelter space during the pandemic, the groups are also calling for “an immediate boost to social assistance rates and easier access to supplementary benefits to compensate for the loss of food programs, soup kitchens, and the cost of self-quarantining.”

During Monday's news conference, OCAP spokesperson Yogi Acharya told reporters that the impact of the pandemic coupled with the ongoing opioid crisis is creating a "catastrophic" situation for members of the homeless population.

"We fear the worst is to come," he added.

Outreach worker Greg Cook said people in his profession are having to make the "impossible decision" to either hand out food to members of the homeless population who are starving or practice social distancing to prevent putting those close to them at risk.

Cook said the city must "commandeer" the tens of thousands of hotel rooms that sit empty in Toronto.

"John Tory you need to this immediately," he said. "I implore all three levels of government, you have to act."