85 new cases of COVID-19 confirmed in Ontario, including two deaths

TORONTO -- Ontario health officials have confirmed two more COVID-19-related deaths in the province, as 85 new cases of the novel coronavirus were announced on Tuesday morning.

The first deceased patient, a woman in her 90s, was a resident of Hillsdale Terraces, a long-term care home in Oshawa, Ont.

She died on Monday after she was transferred from the facility to Lakeridge Health Oshawa for medical treatment, the Durham Region Health Department (DRHP) confirmed in a news release issued on Tuesday.

This was the first COVID-19-related death in the region.

“It is truly unfortunate that this woman’s tragic passing underscores the need for us to work together as a community to help stop the spread of COVID-19,” Durham Region Medical Officer of Health Dr. Robert Kyle said in the news release.

“We need everyone’s help to protect those most vulnerable in our community and encourage all area residents to take the practice of social and physical distancing very seriously and take actions to protect yourself and others in our community.”

A spokesperson for DRHP said 20 residents of Hillsdale Terraces are currently in self-isolation due to COVID-19.

The second deceased patient was an 80-year-old woman who died at St. Joseph's Hospital in Hamilton, Ont. Ontario public health said that the woman had been in isolation since being admitted to the hospital on March 16. She was a resident of Heritage Green Nursing Home in Stoney Creek.

Case total increases by 217 per cent in one week

The provincial total of confirmed cases of the virus now sits at 588.

This time last week, Ontario had 180 confirmed cases – that is an increase of about 217 per cent over the past seven days.

The new patients announced on Tuesday morning include two other cases in Durham Region, as well as 17 in Toronto, five in York Region, three in Peel Region, three in Hamilton, and one in Halton Region.

The locations of the additional cases are all listed as “pending.” 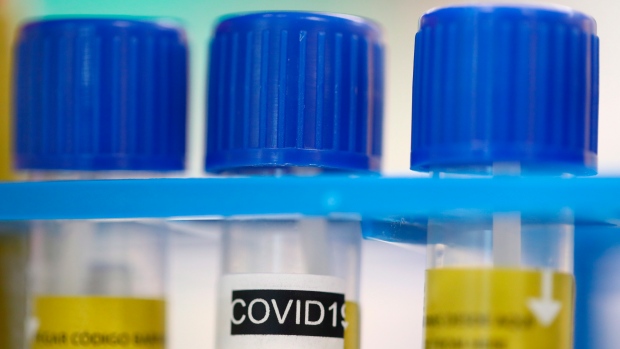 Nineteen of the new cases are travel-related, five are linked to a close contact of a previously confirmed case of the virus and the rest all have their means of transmission listed as “pending.”

Two of the new patients remain in hospital receiving medical treatment. The other cases are either in self-isolation at home or their location is listed as “pending.”

As the new patients were confirmed on Tuesday, provincial health officials stated that there are more than 10,000 people currently under investigation for the virus, while more than 20,000 people in Ontario have tested negative.

Speaking at a news conference on Tuesday, Ontario's Associate Medical Officer of Health Dr. Barbara Yaffe said that since the first case was confirmed in the province on Jan. 25, 50 people have been hospitalized, 17 of which required the intensive care unit. 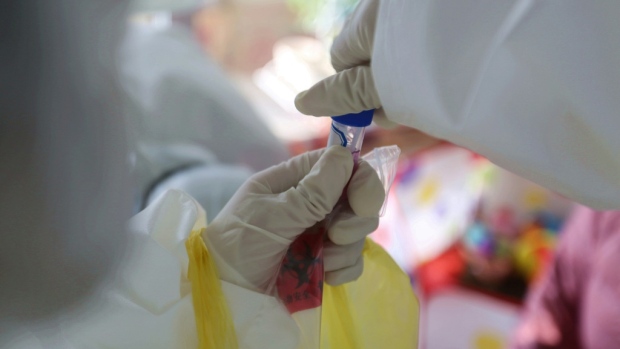 In the province, eight people previously infected with the virus have since recovered.

The Ontario government’s website advises those experiencing symptoms of the novel coronavirus to contact their primary health care provider or Telehealth Ontario at 1-866-797-0000.

“Please do not visit an assessment centre unless you have been referred by a health care professional,” the website states. “Do not call 911 unless it is an emergency.”