A 29-year-old man is dead after a shooting in Scarborough Sunday evening, according to Toronto police.

Just after 6 p.m., Toronto police responded to a shooting on Bradworthy Court, near Morningside and Sheppard avenues.

A man was found with life-threatening injuries and was rushed to a trauma centre, paramedics said.

The man later succumbed to his injuries in hospital, police said. 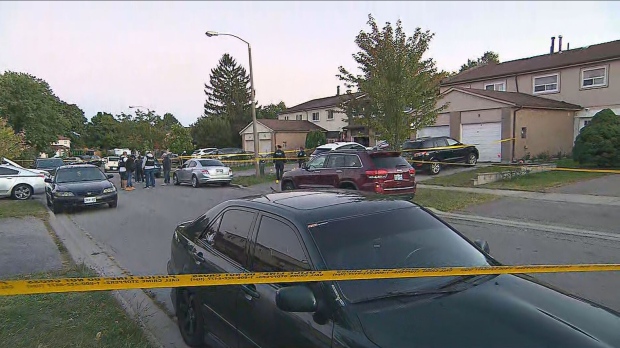 “We already have investigators in the area canvassing with witnesses and we are certainly appealing to anyone who may have heard or saw anything tonight to please contact 42 division investigators or the homicide unit,” Insp. Paul Rinkoff told CP24 Sunday night.

Police believe the shooting happened in front of a residence but it is unknown if the victim lived at the home, Rinkoff said.

Rinkoff added that it is too early to tell if the shooting was targeted.

Police have not yet released any suspect information.

“We are currently canvassing for video,” Rinkoff said. “We have spoken to a number of witnesses already and we are forming some suspect information. It will be the homicide unit that discloses that information to the media and to the public when they’re prepared.”