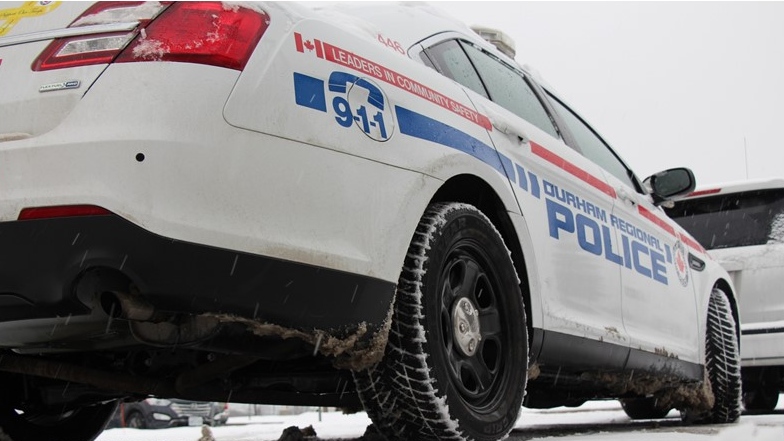 A Durham Regional Police cruiser is seen in this undated photo. (Twitter/DurhamRegionalPolice)

TORONTO -- Police in Durham Region say they’ve seized hundreds of thousands of dollars worth of drugs and cash at a residence in Oshawa.

In a news release, police said investigators executed a search warrant at a home on SteepleChase Street on Feb. 19 with the assistance of a tactical support unit.

Once inside the residence, police allege they found approximately $50,000 in cash and $200,000 in drugs, including cocaine, crystal meth and oxycodone.

As a result, Ahmad Fazel, 23, Morgan McTavish, 19, and Tanya Smiles, 43, are facing a number of charges, including possession for the purpose of trafficking and possession of proceeds obtained by crime.

Fazel is also charged with trafficking a controlled substance.

All suspects are listed as residents of SteepleChase Street, according to police.

Investigators have arrested 3 suspects and seized approximately $50,000 in cash and $200,000 in drugs (cocaine, crystal meth, oxycodone) during a drug investigation in Oshawa.