TORONTO -- Ontario health officials have confirmed 135 more cases of COVID-19 in the province, including three new deaths, bringing the total numbers of patients infected with the novel coronavirus to 993.

Two of the deaths were linked to an outbreak at a long-term care home in Bobcaygeon and the third death was a woman in her 80s in York Region, Ontario’s Associate Chief Medical Officer of Health Dr. Barbara Yaffe said.

While announcing the new patients on Friday, health officials stated that more than 10,000 people are currently under investigation for the virus and nearly 30,000 people in the province have tested negative thus far.

There is no information regarding gender, ages, locations or means of transmission for all of the new patients on the government's website.

"Information for all cases today is pending," the website states.

Yaffe said that of the 993 cases in the province, data relating to transmission of COVID-19 is still missing in roughly 40 per cent of cases as public health units continue to report their findings.

"Of those we know about, a third had travelled in the 14 days before becoming ill," she said.

"The most common source of exposure has been in the United States. The second most common source is Europe. Ten per cent of the cases had close contact with a confirmed case and 16 per cent had neither," which Yaffe says is evidence of community transmission.

18 deaths linked to COVID-19 in Ontario

There have been 18 deaths linked to COVID-19 in the province.

Speaking at a news conference held at Queen’s Park on Thursday, Ontario Health Minister Christine Elliott said the “vast majority” of deaths linked to the virus in the province have been seniors with underlying health concerns.

“Unfortunately, most of the deaths we have seen so far are with elderly people – many of whom had other health issues as well,” she said. “That’s why it’s really important for us to really protect those vulnerable populations in long-term care homes, in retirement homes, people who have intellectual disabilities that perhaps live in a group home – they need to be protected.”

“We really need to put a focus on that.” 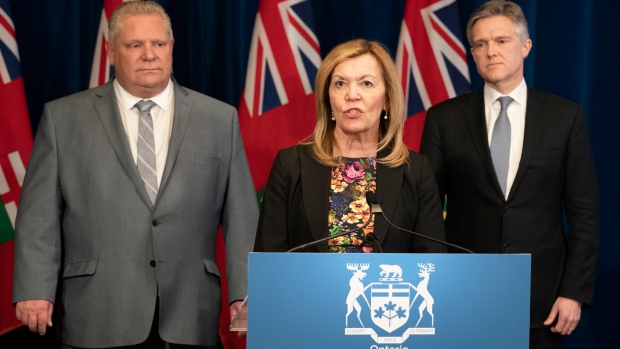 Elliott then added that “as things change, we very well may see young people becoming affected as well.”

A 48-year-old man, who worked at a grocery store in Oshawa, is the youngest person to die of COVID-19 in the province.

Currently, 60 patients infected with the virus in the province remain in hospital receiving medical care. Forty-three of those patients are in an intensive care unit, 32 of which remain on ventilators to assist with breathing.

Friday's count is down from the day prior, which is the first dip in daily case growth seen in weeks. 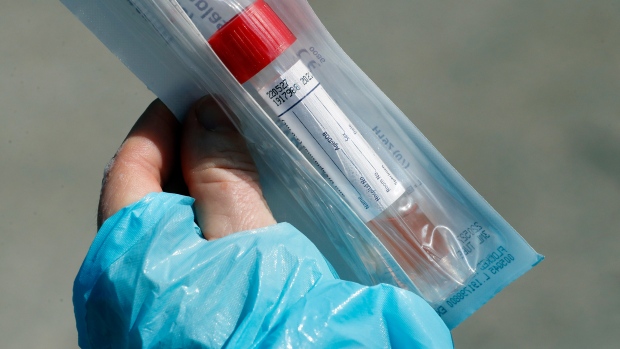 Eight patients diagnosed with COVID-19 in the province have recovered, a number which Ontario's chief medial officer of health expects to increase.

"We do expect the number of resolved cases to go up quite a bit, well over 200 over the next few days," Dr. David Williams said.